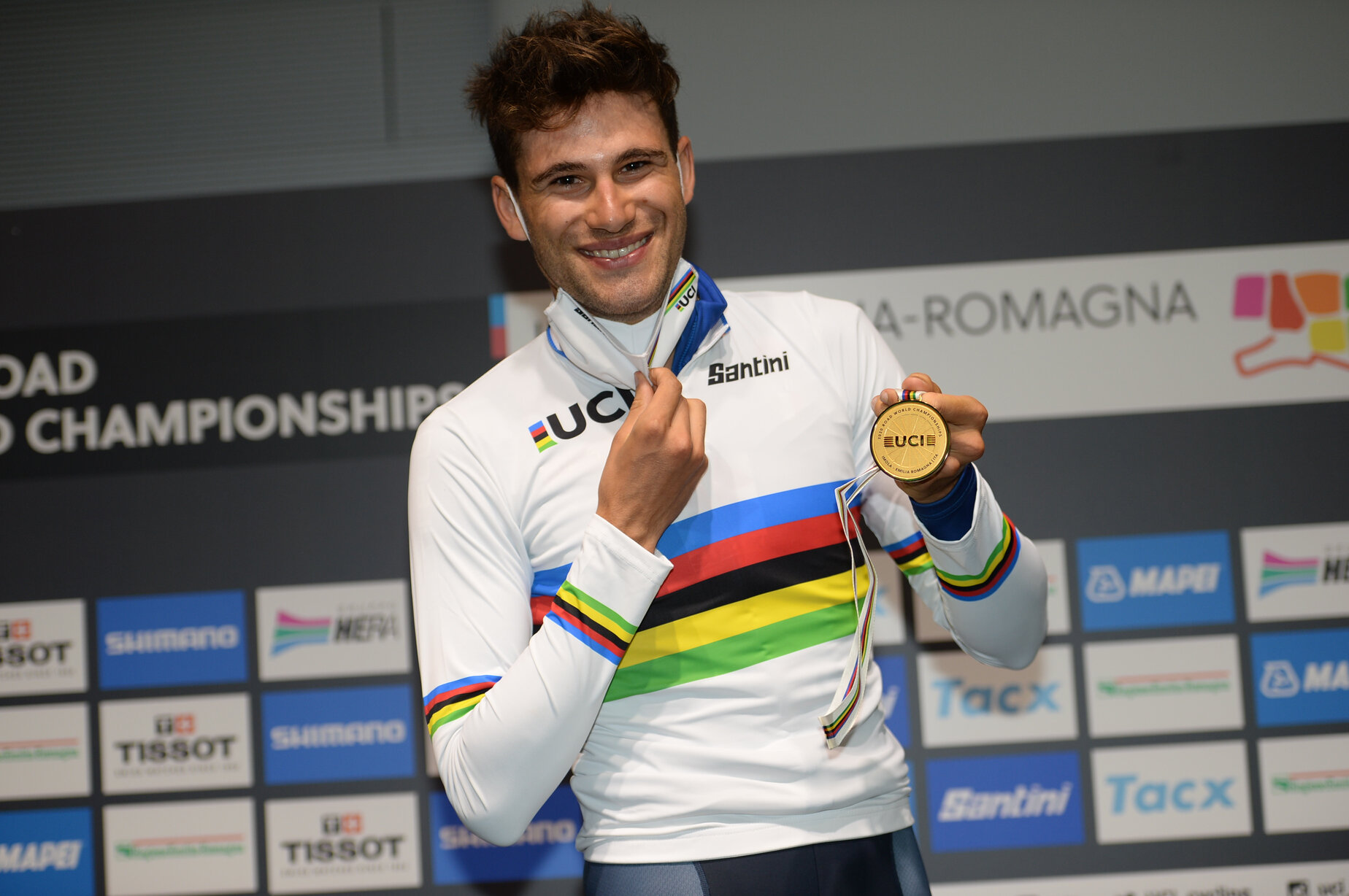 New world time champion Filippo Ganna became the first Italian to pull on the first pink jersey of a Giro d’Italia since 2001 after his victory in Saturday’s opening stage of the 2020 edition in Sicily. Geraint Thomas was the best of the GC contenders, with most of his rivals finishing over a minute back of him, and Simon Yates the closest at 26-seconds slower.

You can find out where to watch the Giro here.

The Sicilian opener was 15.1-km long and started with a downhill before a flat finish into Palermo. It wasn’t a simple one, as it was very windy, and the later starters received worse conditions.

#Giro starts with a 15.2km downhill ITT between Monreale and Palermo, which will seriously test the riders and lead to some important gaps in the general classification. pic.twitter.com/xn8jsFZ1lC

The hot seat was a busy place after the start with several riders posting the best time. Quick Step’s Portuguese rider João Almeida sat in the throne for a while with 15:46.16.

After the launch of its extremely busy, special-for-the-Giro kit on Thursday, EF Pro Cycling was sure to get more attention with its playful ducky helmets and can’t-miss-them cars.

Very likely all our content during the next three weeks is just about Education First kit. pic.twitter.com/RdLJDFvdqa

A few riders crashed, including Angel “Superman” Lopez and chrono master Victor Campenaerts, the latter of whom was on a good ride. Lopez left the race in an ambulance.

Geraint Thomas started his bid for pink in Milan with a great time of 15:47.76.

But it would be Thomas’s Ineos Grenadier teammate and new world champion Filippo Ganna bumping Almeida off the hot seat with 15:24.08.

In the GC battle, Simon Yates was the only contender within a minute of Thomas, who was fourth place on the day.