Zwift, the virtual cycling program, has had quite a busy year and it doesn’t seem to be slowing down. With an explosion of new indoor cyclists and local racing still on hold in many places, the platform has continued to announce new initiatives to keep users engaged and riding the trainer through the spring. Here are some of Zwift’s most interesting latest updates, releases and special events.

The Virtual Cycling Series, part of the Official Olympic Virtual Series, will run from June 1 to June 27. The series is a new virtual event launched by the International Olympic Committee (IOC) in partnership with the UCI and Zwift. The mass participation events are intended to offer a social experience for riders of all abilities.

RELATED: The new ‘Olympic Virtual Series’ will Zwift races in collaboration with the UCI

The IOC and the UCI are offering new Zwifters complimentary access to the Zwift platform throughout the Olympic Virtual Series (June 1 to June 27). Codes can be obtained by registering on the UCI Website.

For more competitive cyclists, Chase Races will see the strongest riders (including some Olympians) start last. The aim is to cross the line first, and not get caught by the groups behind you. A special Chase Race, which will be broadcasted on June 18, is set to pit Olympians against celebrities. 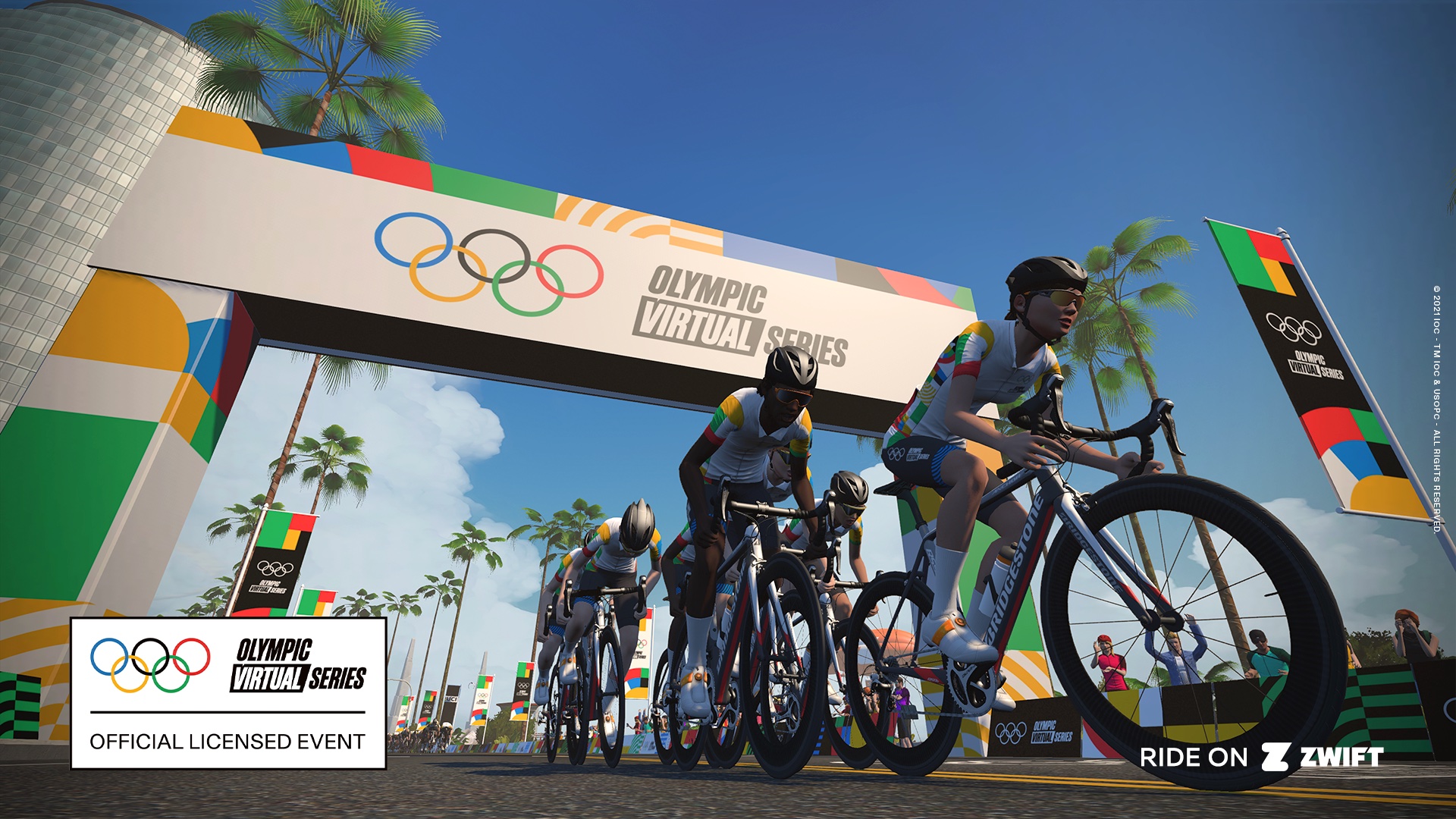 On June 23, Olympic Day, cyclists can take to the new roads of Yumezi with 24 mass participation group rides beginning every hour. Each group will be hosted by an Olympian and other special guests.

Starting June 1, Zwift will host special ‘Pride On’ events rides and runs taking place every day apart from Sunday. The casual/social-paced rides and runs will be led by prominent LGBTQIA+ athletes and riders who complete a Pride event will unlock a piece of kit from the 2021 Pride On collection.

On June 13 a special ride is scheduled in support of AIDS/LifeCycle events. AIDS/LifeCycle is an organization that raises HIV/AIDS awareness and funds to help fight the global HIV/AIDS epidemic—the Zwift ride will honour the 1.2 million people living with HIV. 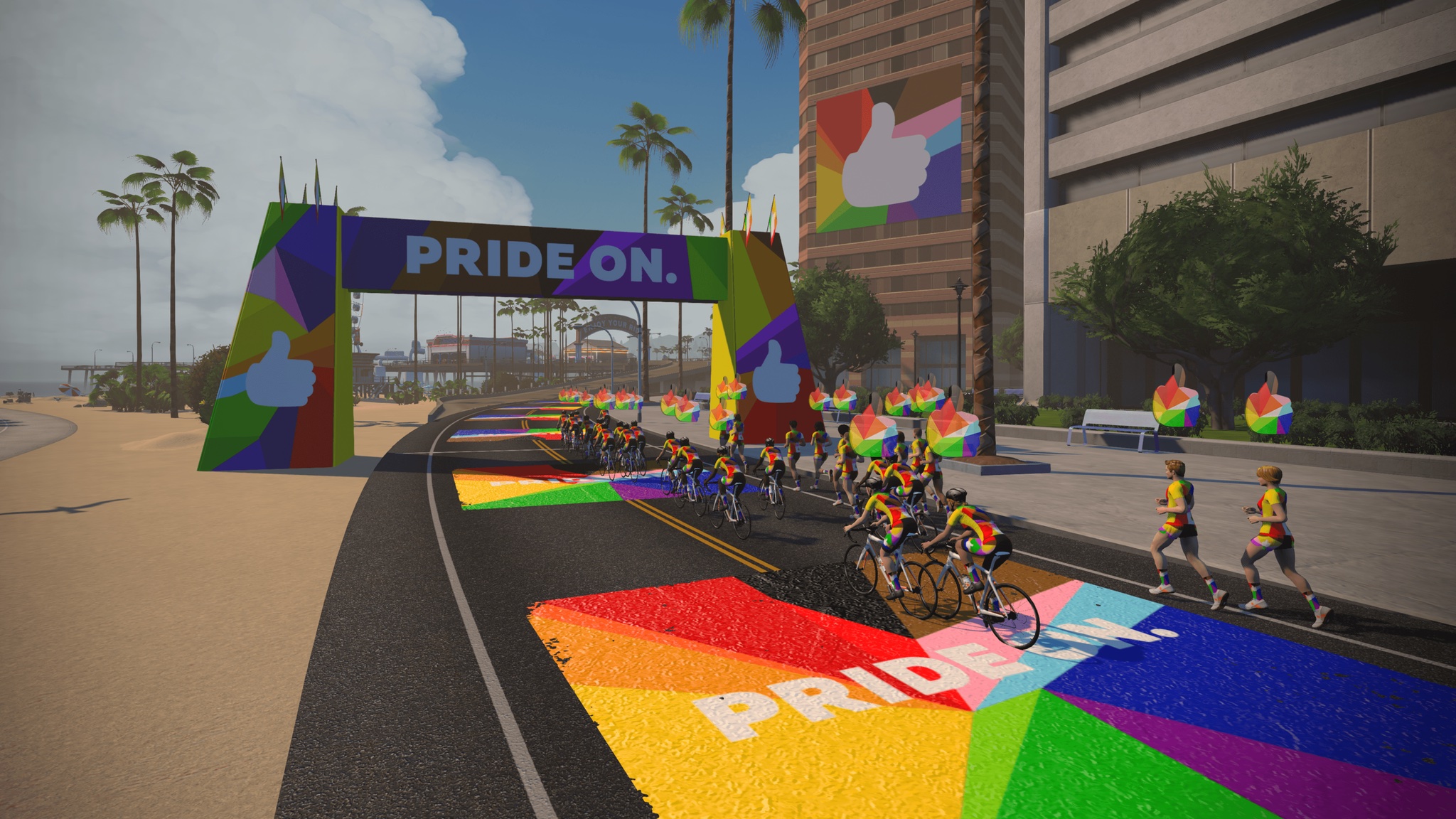 Pride On events will continue bi-monthly throughout the year, but during pride month Watopia will also be getting a special ‘Pride On’ design. Athletes such as Lea Davison, American mountain biker and Olympian, Abby Levene, a pro trail runner, Shanaze Reade, 3x UCI BMX World Champion and Chris Mosier, an American triathlete and duathlete, will host some of the rides.

Finally, Zwift is contributing $25,000 to Athlete Ally, a non-profit that educates athletic communities at all levels—governing bodies, teams, and individuals—about LGBTQIA+ inclusion in sports.

In April, Zwift quietly released an update that allows riders to hide the heads-up display and immerse themselves in a pure, unobstructed view of the Zwift world. A new rectangular button on the action bar will make the visual clutter disappear and simply show you your icon as it rides along the virtual roads.

The Lost Generation Trinity Racing Series is a new racing league designed to give young riders the opportunity to showcase their talents and take the next step in their cycling careers. Starting June 17, Zwift will host the four-week race series, which is designed to find the best male and female U-24 and Junior riders in the world. Read more 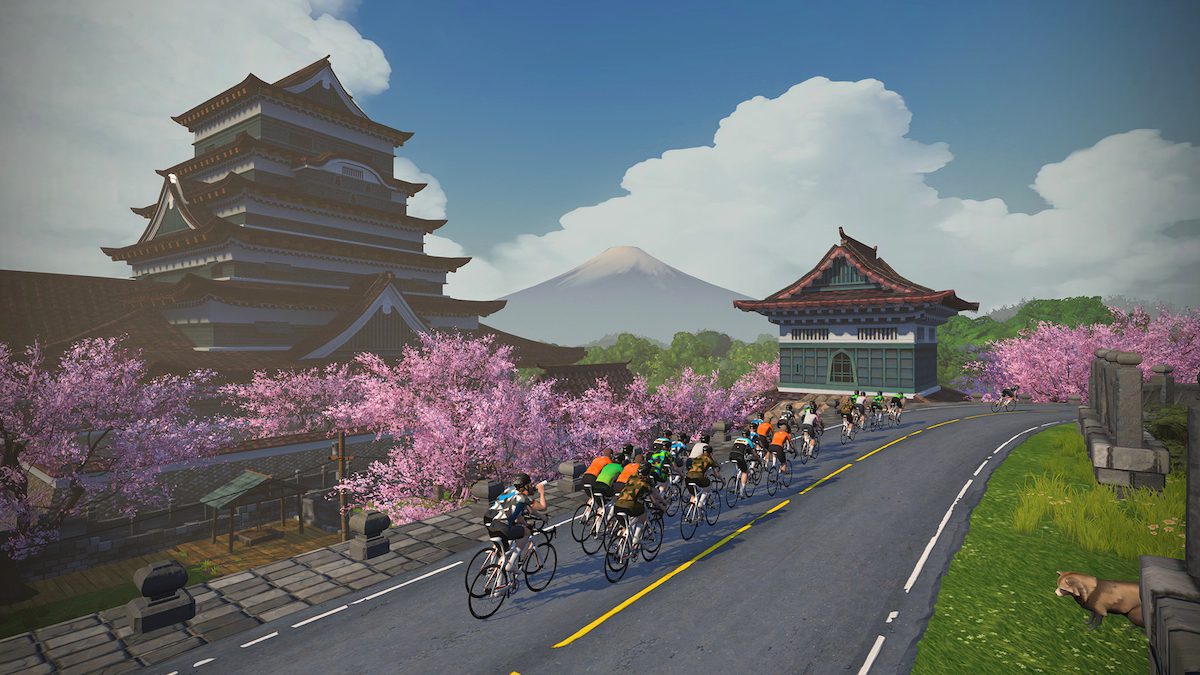 Zwift’s latest virtual travel destination, released at the end of May, is Makuri Islands. The new world will be composed of a number of maps—according to Zwift, the Makuri Islands are “primed for future expansion.”