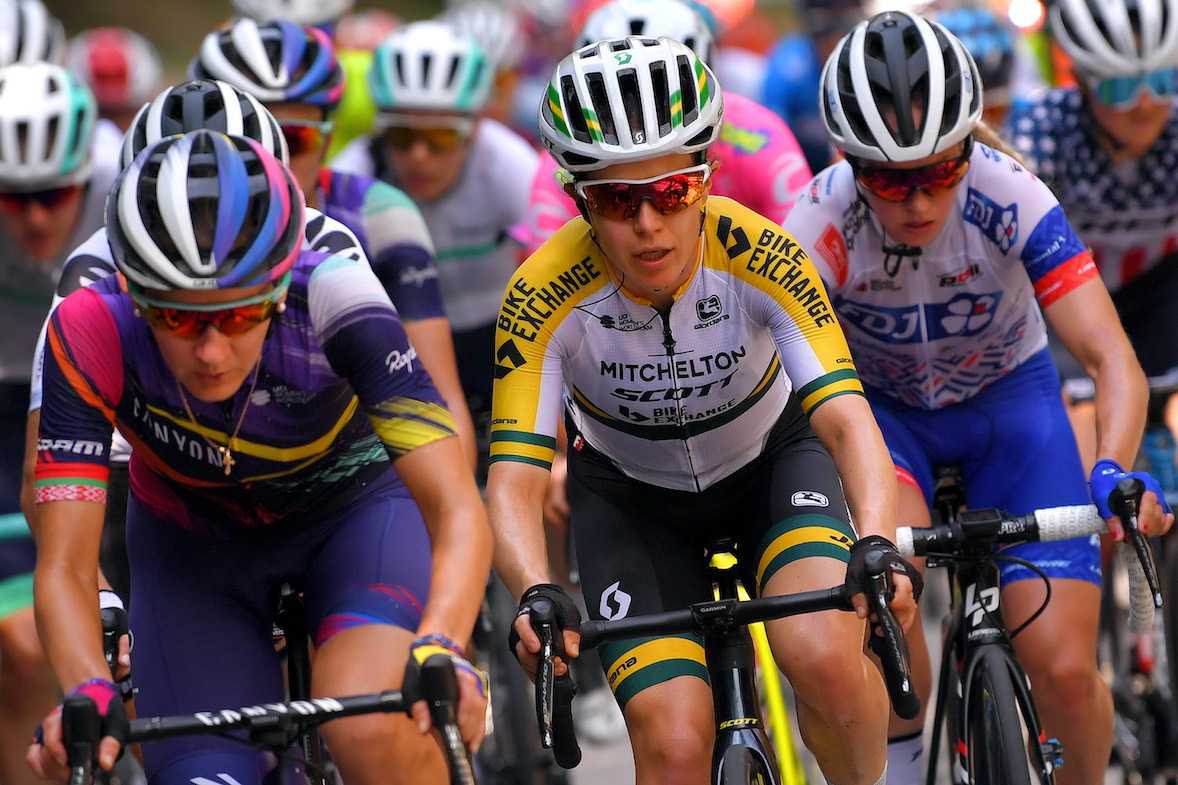 The Giro Rosa, this year taking place Sept. 11-19, is underway. The 31st edition of this exciting race winds through Italy, taking on dirt and gravel roads, sharp climbs, team time trials and dramatic summit finishes. Canadians can look out for Leah Kirchmann and Alison Jackson who are racing for Team Sunweb in the event.

How to watch the Giro Rosa

Upsettingly, this year’s Giro Rosa won’t have any live coverage. Despite the UCI’s mandated 45 minutes of live television requirement to be part of the Women’s WorldTour, organizers of the race have chosen to only offer a post-race broadcast. In Canada, Flobikes is streaming the race in a 52-minute daily replay format. In the first few minutes the steaming service will cover highlights of each stage’s early action, followed by the last 45 minutes of each stage.

The first stage of the Giro Rosa was a team time trial, and Italian Elisa Longo Borghini of Trek-Segafredo made her country proud as she was the first to wear the maglia rosa in this years race. It was the first time in 12 years that an Italian woman wore the maglia rosa at the Italian stage race. Boels-Dolmans finished three seconds behind Trek-Segafredo. In third was defending Giro Rosa champion Annemiek van Vleuten’s Mitchelton-Scott team, less than two seconds behind Boels-Dolmans.

Before the race began Chantal van den Broek-Blaak of Boels-Dolmans described this stage as: “twisty and turn-y, up and down—its a super hard course, it’s not gonna be a bunch sprint.” Much of the stage took place on gravel roads, similar to those in the Strade Bianche.

van den Broek-Blaak accurately predicted the outcome of the race—Mitchelton-Scott’s Annemiek van Vleuten crossed the finish line solo despite a chaotic last few kilometres. On the gravel ascent of Seggiano, eight kilometres from the finish, van Vleuten slipped out on a loose section of gravel and struggled to get back on her bike.

van Vleuten had 30 second lead over Boels-Dolmans’ Anna van der Breggen, but risked losing that gap as she pushed her bike for several metres before a a neutral service worker helped her remount.

In the end, van Vleuten finished with a minute advantage on van der Breggen. Katarzyna Niewiadoma of Canyon-SRAM finished third. The top three of the stage moved into the top three positions in the GC.

Marianne Vos of CCC-Liv took her 26th career stage win on this hill stage, winning the sprint on the steep 2km climb into Assisi. Elisa Longo Borghini of Trek-Segafredo had attacked at the base of the climb, breaking up the group. Borghini ultimately finished third, behind Cecilie Uttrup Ludwig of FDJ Nouvelle-Aquitaine Futuroscope.

Annemiek van Vleuten didn’t catch on to Borghini’s attack initially, but managed to fight her way back on the climb, finishing fifth, 12 seconds down. She kept her place as the lead in the general classification followed still by van der Breggen and Niewiadoma.

Équipe Paule Ka rider Lizzy Banks broke away early in this stage and managed to hold off the peloton for the rest of the race.

Banks and Eugenia Bujak of Alé BTC Ljubljana attacked after the first 80km and worked together to hold a gap of up to six minutes on the peloton. On the final climb into Tivol Banks attacked and took the stage win, with Bujak finishing second.

Although she wasn’t in the breakaway group, van Vleuten still put down another strong performance finishing third in the stage and solidifying her GC lead.