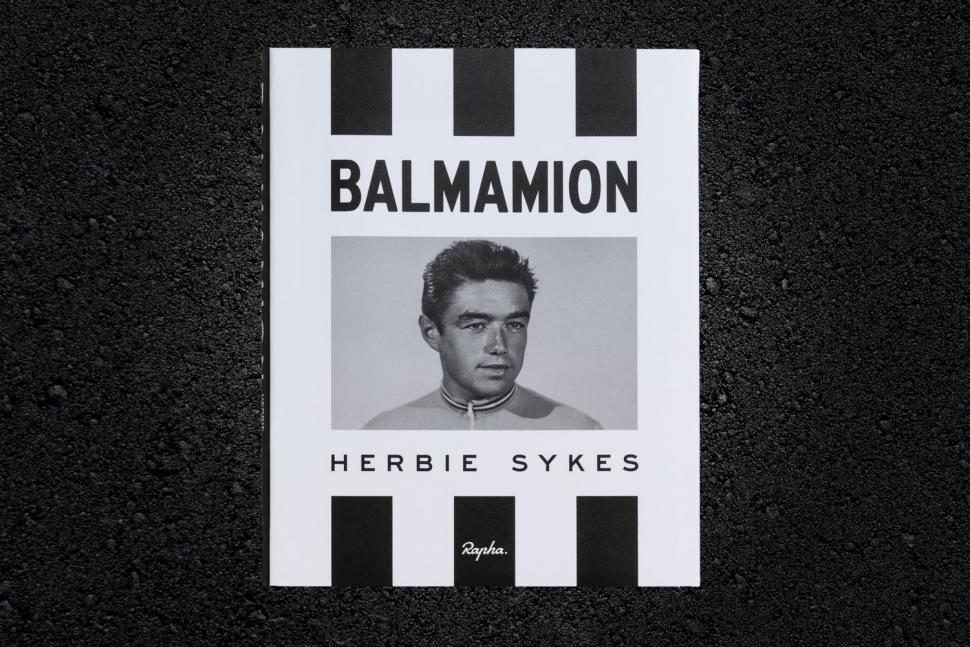 At first glance, Balmamion is the story of an Italian cyclist whose name will probably be unfamiliar to most, despite winning his home Grand Tour; in reality it provides a much deeper understanding of cycling in Italy at the time, and the environment in which it operated. It’s a great story, written by an expert.

I always enjoy Herbie Sykes’ writing, but that title doesn’t give you much indication of what to expect, or even why you might be interested in it. Upon further investigation I discovered it’s an update of The Eagle of Canavase, which was lauded by many, including our own Dan Kenyon in his review of Sykes’ Maglia Rosa. I wouldn’t disagree with those accolades.

Originally published by Mousehold Press in 2008, the original is now out of print, but was one of those seminal books that passed me (and probably you) by at the time – happily, this new and improved version was worth the wait. Even if you didn’t realise you were waiting…

This updated version has a new introduction from the author, and numerous new images which really enhance the presentation. The pictures are a mixture of race jerseys, black and white action shots, front pages from La Gazzetta dello Sport, race memorabilia, and more.

While nominally about Franco Balmamion’s 1962 Giro d’Italia win, in typical Sykes style you get a lot more than a blow-by-blow account of the race – although you do get some of that as well.

Just as with Geoffrey Nicholson’s The Great Bike Race and Richard Moore’s Slaying the Badger, the ‘social, cultural, and sporting landscape’ of the race and its protagonists are an important part of the story. This book will interest more than followers of the Giro, or even of Balmamion.

Brilliantly, Sykes never intended to write this book – believing (wrongly) that he had ‘neither the time nor the talent’ – and only pitched it as a cover for his effort to blag one of the man’s jerseys! Instead it became the first of several highly-regarded books about cycling.

Sykes addresses Balmamion’s curious ‘continued anonymity’, despite his two wins at the Giro. It seems there are many factors, but a large part of it was by choice, as ‘the idea that his career might bestow on him some degree of celebrity’ would be ’embarrassing, unfathomable, distasteful even.’ There’s something you don’t hear every day.

No matter how good this book is (and it is very good indeed), I fear the subject matter is always going to limit its appeal. Nevertheless, I’m sure many people would enjoy this book, if only they knew it existed, and how interesting it is. So now you know!

Welcome reprint and upgrade for a timeless classic

Make and model: Balmamion – The Eagle of Canavese by Herbie Sykes

Tell us what the product is for and who it’s aimed at. What do the manufacturers say about it? How does that compare to your own feelings about it?

“In the year that the Giro is strangely absent, award-winning author and renowned cycling historian Herbie Sykes plots the history of the race’s least likely winner. Drawing on his immense knowledge of Italian cycling and personal encounters with a man he now calls a friend, Sykes introduces us to Franco Balmamion and retells the tale of his forgotten Giro win in 1962.

“We’ve all heard the legends of Coppi and Bartali but the period that followed their retirement is a far less well known chapter in the history of Italian cycling. Even some of the great riders of this era have been largely forgotten, but not by Herbie Sykes.

“An avid collector of rare cycling jerseys, Sykes was in Turin aiming to add to his collection when he became aware of a two-time Giro winner who nobody seemed to know. Franco Balmamion was, like Sykes, a fan of Turin’s second football team and, unbeknown to all but the most encyclopedic of fans, he had won the Giro in 1962 and 1963. Determined to meet him and hopeful of securing one of his jerseys, Sykes vowed to write a book all about him.

“Balmamion draws on a unique collection of priceless memorabilia to set the scene in a country still searching for its next cycling campionissimo. Sykes plots the early years of Franco’s career before attentions turn to the 1962 Giro that made his name. Insightful stage summaries are accompanied by each edition of La Gazzetta dello Sport from throughout the race as Balmamion’s race ebbs and flows from a near knock-out blow on the second stage to a most unexpected victory three weeks later.”

Tell us some more about the technical aspects of the product?

Rate the product for value:

Nicely presented, but £25 is a bit expensive for a ‘Trade paperback’ (with discounts unlikely)

Tell us what you particularly liked about the product

I was able to access a book I missed first time around.

Tell us what you particularly disliked about the product

Did you enjoy using the product? Yes

Would you consider buying the product? Yes

Would you recommend the product to a friend? Yes, selectively

This is a great read, with the usual Rapha production values. It could score higher if it was cheaper, but as it is it’s very good.

I usually ride:   My best bike is:

I’ve been riding for: Over 20 years  I ride: Most days  I would class myself as: Expert