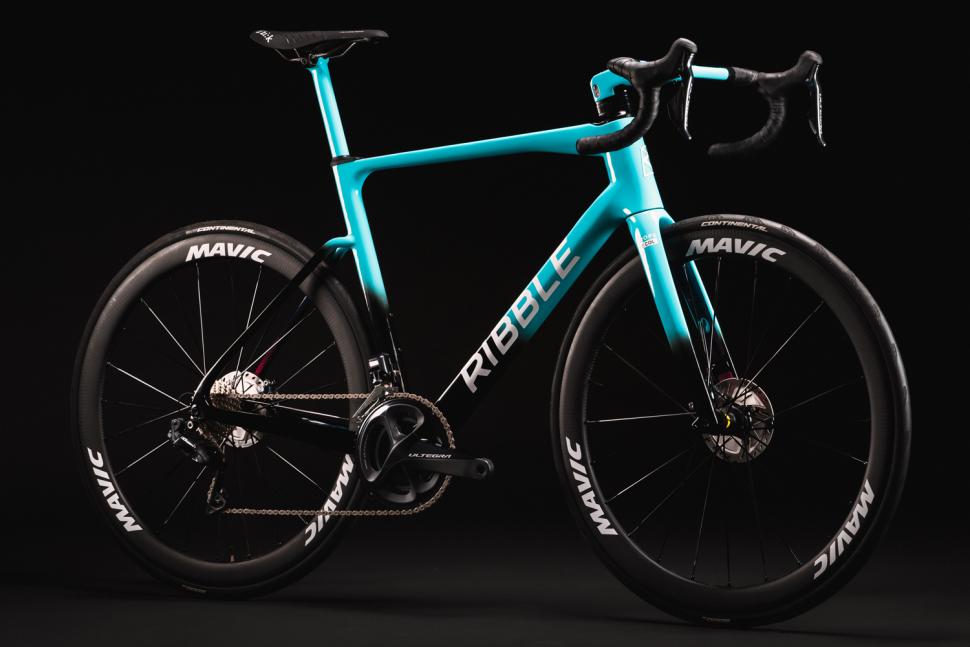 Ribble sent us a nice piece of news yesterday. They’ve just announced that they’ll be providing the bikes for Drops Le Col, a UCI Women’s Continental team that races in some of the biggest races on the pro calendar.

They attached a few pictures of the new team bikes and we thought it looked rather flashy, so we’re taking a look at it for Bike at Bedtime.

At the heart of the bike is Ribble’s Endurance SL R disc frameset which we’ve reviewed in the past. We were very impressed with the speed and composure when we reviewed the bike, so hopefully, the pros like their bikes too.

A Shimano Ultegra R8070 groupset provides the shifting and braking. While pro racers are usually given Dura-Ace, the price savings that Ultegra offers for a marginal weight penalty means that teams that are on a tighter budget often turn to the cheaper option. We’ve even seen the likes of World Tour team AG2R using Ultegra parts. Pro cycling is an expensive game, after all.

It is also worth remembering that Ultegra Di2 Disc is nigh on perfect, and gives very little away to Dura-Ace in terms of performance.

Mavic provides the wheels in the form of the SLR 45 Pro Edition. These are mounted with Continental GP5000 28mm tubeless tyres. Whether the wheels are changed for tubular models for racing will become clearer when racing resumes.

Fizik’s Luce saddle is fitted on this bike, but the riders will have a choice of saddles from the Fizik range.

At the front of the bike, you’ll find a Level 5 integrated carbon bar/stem. Aside from providing a stiff platform for launching blazing attacks, the cleverly integrated front end hides all of the cabling away from the wind. The finishing touch of being colour-matched to the frame is very tidy.

A small point that we really like is the placement of the Junction A box in the top of the downtube. This junction is the brains of the system and it is from here that the bike can be put into gear indexing mode. The placement means that a mechanically-minded rider can do some mid-pack tinkering if their gears aren’t shifting optimally.

It’s a small consideration, but it can save a rider valuable energy that would otherwise be spent dropping back to the team car.

The fade paintwork is a very clean and classy design which we really love.