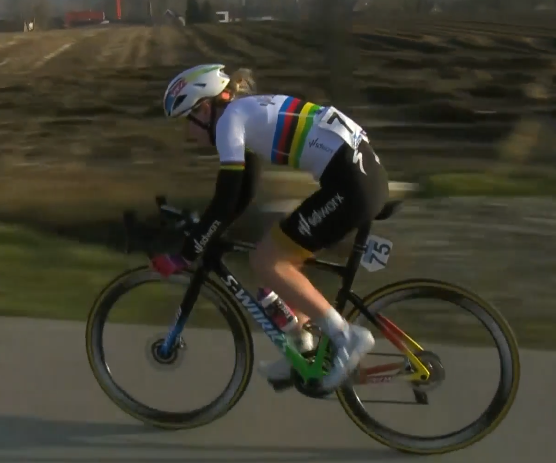 A striking visualization has been circulating on social media since last weekend’s Omloop Het Nieuwsblad. While the winner of the men’s race, Deceuninck-Quick Step’s Davide Ballerini, went home with €16,000 in prize money, SD Worx’s Anna van der Breggen’s first place in the women’s race only earned her €930.

The discrepancy in the winner’s prizes sparked outrage from many cycling fans—one of whom decided he wanted to do something about it. On Monday, Dutch cyclist Cem Tanyeri started a GoFundMe, with the intention of generating prize money for the top five finishers of the upcoming 2021 Strade Bianche. “The Women’s peloton has ridden more than enough kilometers without a fair prize money compensation,” he wrote in the campaign, titled: “Equal prize money for the Women’s Peloton”.

As of Thursday afternoon, the GoFundMe equal prize money campaign has already raised more than €13,000 to boost up the winnings for the top five finishers of the 136km women’s race. The Cyclists’ Alliance, an advocacy group for professional female cyclists, has agreed to help disperse the funds that are raised to the top five finishers at this weekend’s Strade Bianche.

InternationElles, a group of cyclists fighting for equality in women’s cycling, is supporting the GoFundMe.The group were the ones that initially posted about the pay inequality at Omloop Het Nieuwsblad,  “We know there are many issues within the world of women’s cycling,” the group said in a post.”Prize money is one of the many issues that we tackle.This isn’t something we should have to be doing, nor should it start a precedent or take the pressure off race organisers to do their bit for equality, but it shows there is public interest in rewarding women cyclists and closing the gender gap in cycling.”

The fundraiser has been successful so far, but even if the GoFundMe campaign reaches its €14,000 goal, there will still be a major discrepancy in prize money between the men’s and women’s race.