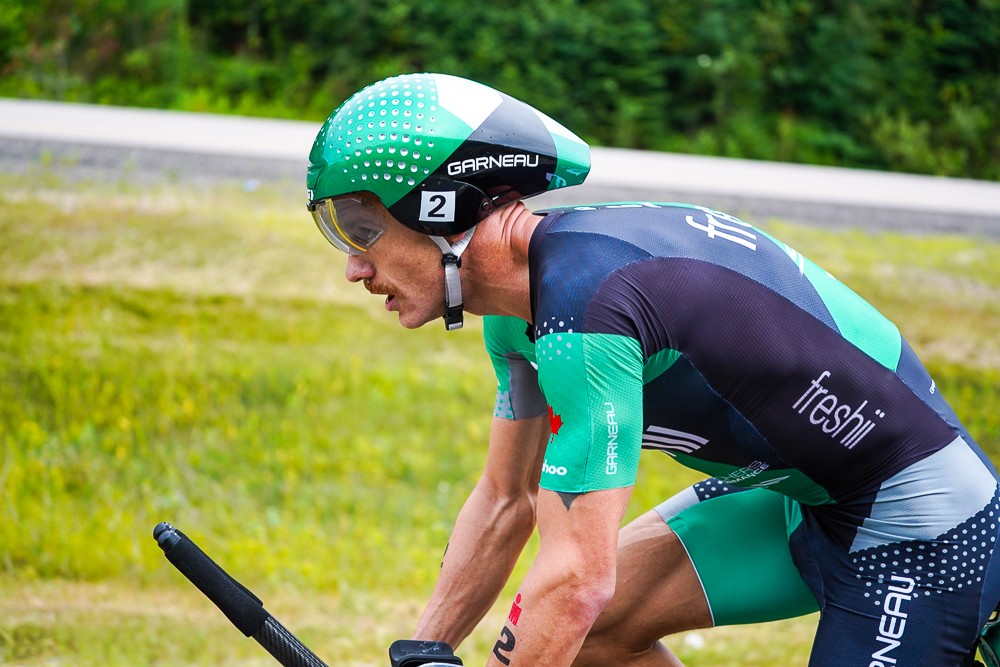 The first annual UCI esports world championships on Dec. 8-9 will feature seven Canadian athletes from a variety of cycling backgrounds. The three men and three women (plus one men’s wildcard entry) will fill the entries awarded to Canada based on UCI road rankings, the number of riders registered in the registered testing pool, and the number of eligible riders on Zwift.

Among those selected for the Canadian team are Triathlon Canada athletes Lionel Sanders and Angela Naeth. Sanders, an internationally ranked triathlete, was awarded the wildcard entry to the event by Zwift. He’s no stranger to the platform—earlier this year, representing Canyon ZCC team, he won the Ronde on Zwift race beating, amongst others, Mathieu van der Poel.

Naeth is also a familiar face in the esports world. The triathlete hosted a Zwift-based distance challenge in May, and took second in Ironman’s Virtual Race series in April.

The two other women competing for Canada will be Georgia Simmerling and Olivia Baril. Though she isn’t a triathlete, Simmerling is also a multi-sport athlete. The cyclists is Canada’s only three time multi-sport Olympian, having competed at the Olympics in alpine ski, skicross and track cycling.

Rounding off the women’s squad, is Olivia Baril, who finished among the top-10 of the Zwift Academy contest in 2019. The two-time U23 Canadian champion races for Équipe Macogep-Tornatech-Specialized.

On the men’s side, Sanders will be joined by professional road cyclists Jordan Cheyne of Elevate – Webiplex Pro Cycling, Pier-André Côté of Rally UHC Cycling and Charles-Étienne Chrétien of Aevolo. Cheyne currently holds the Canadian Everesting record and his climbing skills will come in handy during the race. The men’s and women’s races will both take place Zwift’s Watopia Hilly Reverse course, covering five laps for a total distance of 52.4 kilometers.

“We have a very strong and experienced team and I’m excited to see how they do in the inaugural UCI Esports Worlds,” said Kris Westwood, high performance director at Cycling Canada. “Esports represents a great opportunity because of the way it connects our community regardless of geography and climate – especially during the global pandemic we’re living through. Cycling Canada will be embracing this with a full calendar of national Esports events this fall and winter.”

Leading up to the event in December, Zwift members will get the opportunity to join National Team athletes during three preparation races.