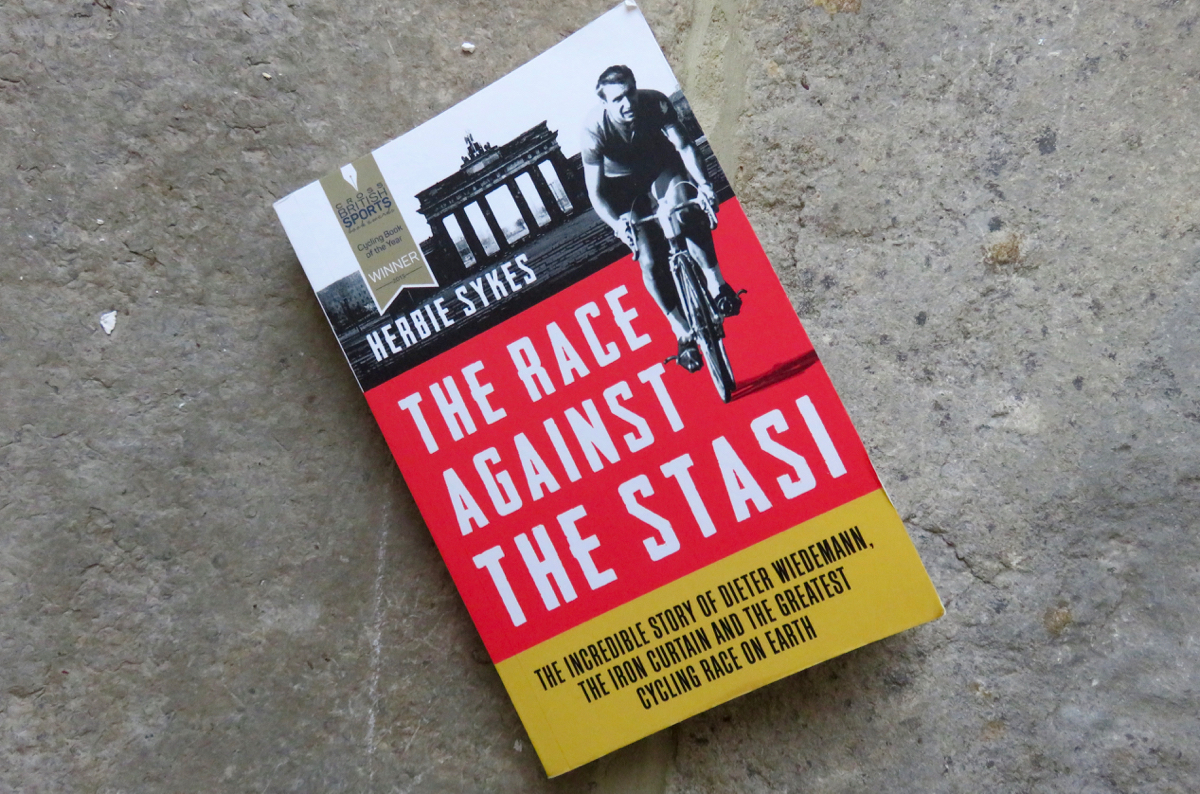 Post World War Two Europe makes for a fascinating study. At school and university my history and economic history courses delved deep into the political, economic, and social impact of the divisions between the communist bloc and the democratic west during the Cold War period. However, what my studies never really touched on, was sport. So, when the ‘Race Against The Stasi’ was published I was sure it would be a compelling read.

The historical account follows the life of Dieter Wiedemann—a cycling hero from the GDR (East Germany). Dieter’s biography: composed of quotes, news extracts, and letters from his life, is a captivating account. It is story of ambition, success, challenge, and love.

The narrative begins with Dieter competing for the GDR in amateur events such as the iconic Peace Race and tours of the communist bloc countries. However, after realising the true extent of political influence on his life and sport, Dieter eventually makes the life-changing decision to defect from East Germany; it is a decision spurred both by his desire to fulfil his sporting ambitions, but also to enable him to be with his life-long love, Sylvia.

It is a compelling account from a political, personal, and sporting perspective. The first-hand interviews with Dieter, Sylvia, and other significant figures are punctuated with newspaper extracts and Stasi evidence files. The profiles and first-hand accounts combine to give an in-depth and captivating storyline.

For a budding political historian, this book supplies a great insight into the extent of communism’s hold on GDR residents’ lives during the Cold War. For a cycling enthusiast, it supplies an interesting ‘alternative’ cycling history; profiling the lesser known races that ran in-parallel to the headline western events like the Tour de France. For anyone simply looking for a good read… this is worth picking up.

>> Shop ‘The Race Against The Stasi’ on Amazon.co.uk here <<