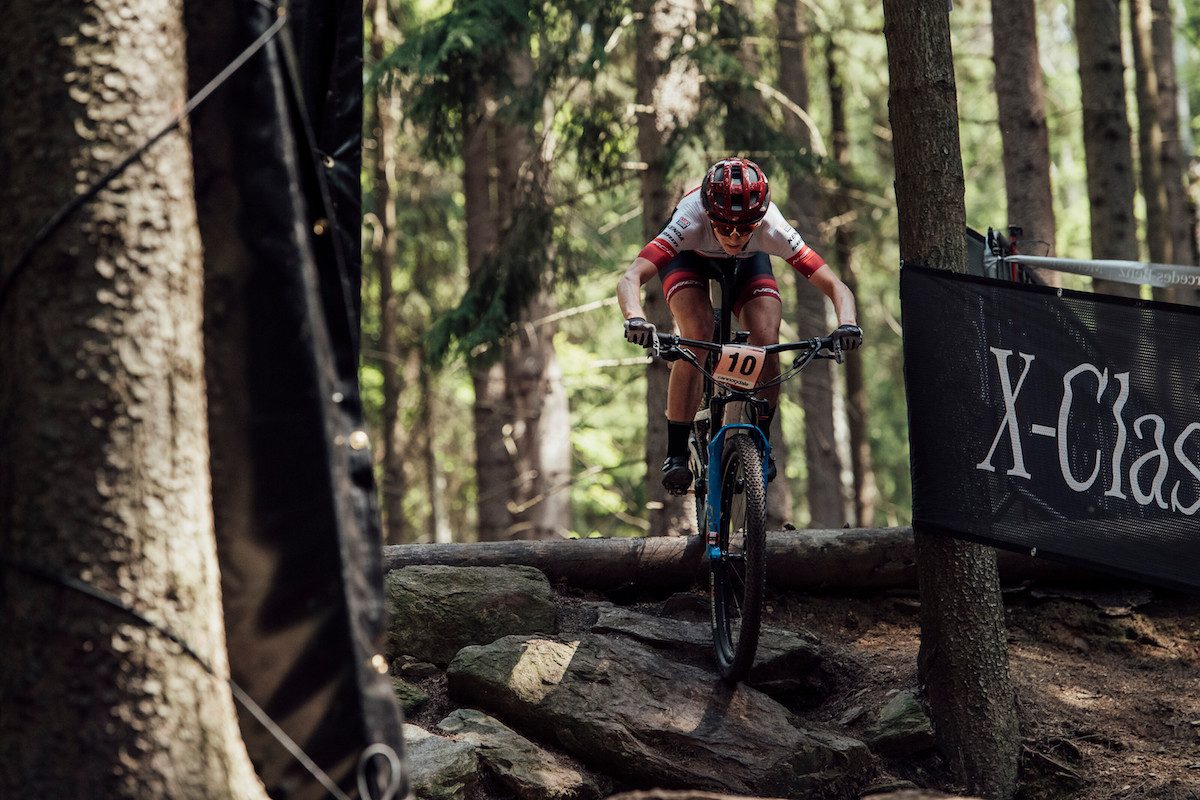 Smith, has been a member of the national mountain bike team since 2011. She has been open with her struggles with anxiety and an eating disorder in the past. In a first-person article written for olympic.ca, the 27-year-old Uxbridge, Ont. cyclist, opens up about how the pandemic triggered old, unhealthy habits and thought patterns that she believed she had previously overcome. She also discusses her ongoing journey with mental health.

Past and present experiences

The article details her experience with anxiety and an eating disorder—issues she says she thought was in her past. She then honestly writes about how the pandemic has triggered past unhealthy behaviours, detailing how she dove head-first into training and restrictive eating patterns.

Smith also emphasizes that she has been able to seek the help she needs.

“Through such actions as reaching out to a psychiatrist, opening up to my coach and my husband, scheduling weekly Zoom calls with my family, and reintegrating hobbies into my daily routine, I’ve slowly climbed back to a place of equilibrium,” says Smith. “I also have more knowledge of the specific pitfalls the pandemic has for me.”

“I’ve realized during this pandemic that my relationship with mental illness is still active; it’s not in the past like I had previously thought. But that doesn’t mean I can’t achieve the things I’ve set out to do. The Olympics are still my goal and I believe I can be my best self at the Games in Tokyo. And the way I’m going to do that is by embracing my struggles as part of my whole, authentic self.”

The COC says it remains committed to reducing the stigma around mental illness.“As the world collectively deals with the toll of the pandemic, now more than ever it is important to have open and honest conversations about mental health. By sharing her story, Haley is helping to de-stigmatize mental illness and remind us all that it’s okay to open up about our own struggles,” said COC CEO and Secretary General, David Shoemaker. “The COC is proud to support the Bell Let’s Talk program and the ongoing effort to continue the conversation.”