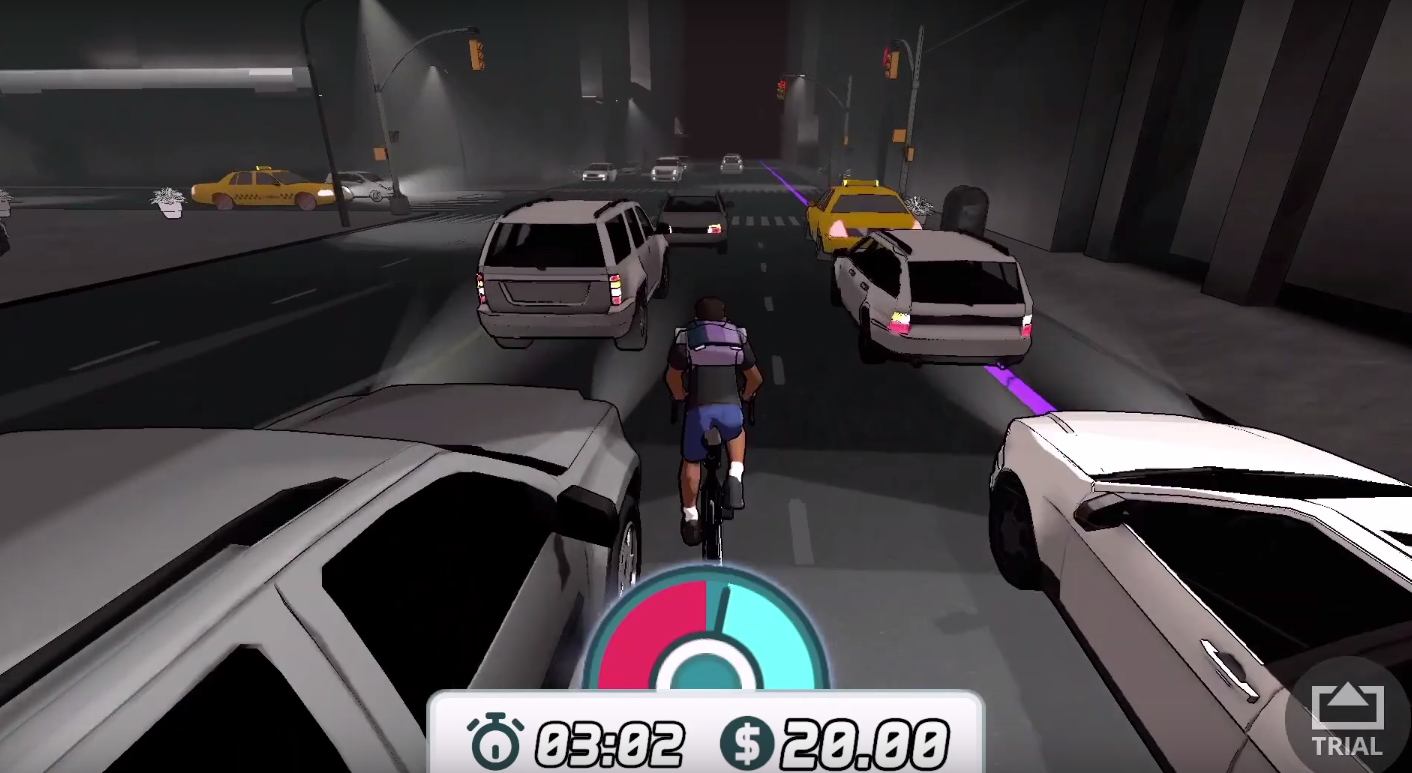 Trainer rides are getting more exciting with the addition of Zwift racing, but what if they were actually fun? Hustle City is a new trainer-based video game that aims to be just that: fun. And it might also be good workout.

Vancouver’s enigmatic Thrillhouse Cycling had the chance to preview gameplay from Hustle City. Below, the meme master shares his first impressions. Is it just a less-violent Grand Theft Auto? Or is Hustle City something new, something fun, and something that will make you faster come spring?

“With trainer platforms like Zwift and RGT rapidly gaining in popularity, the future of trainer entertainment is just beginning. Now, for the first time, a handful of experienced riders and game developers are building a trainer game that’s just that—a game. Currently in Beta, Hustle City is a story-driven trainer experience aiming to capture the thrill of aggressively riding fixed gear bikes point to point through dense traffic and city streets. Thrillhouse Cycling has access to the beta, and put together a video of how it works and his initial thoughts. Is it fun? Is it a Zwift killer? Could it maybe even be a good workout? And does it represent a totally new category of trainer entertainment?”

Keep up with Hustle City developments and Thrillhouse Cycling’s latest musings at the intersection of The Simpsons and the UCI on Instagram. You can even watch (and subscribe!) Thrillhouse’s dedicated YouTube channel, ThrillTube.

And, if you really like The Simpsons, Zwift and riding up imaginary mountains, Thrillhouse will be virtually Everlasting later this week after daring his followers to push the Instagram account over 10,000 followers. Instagram is where you can find details when that’ll happen.