The third generation of Kask Mojito is here. Originally designed in 2011, the latest Kask Mojito is called the Mojito³ and features some interesting differences from previous designs.

This helmet isn’t what will be used by INEOS (they’ll stick to the Kask Protone and the Valegro). Instead, Kask says the Mojito³ is a perfect all-around helmet—equally designed for road, gravel and city riding, it can be worn for most cycling activities.

The Mojito is Kask’s most iconic product. The company has sold almost 1 million units since the first iteration of the helmet.
It’s known for being a super breathable helmet, and the numerous vents on the Mojito X were a visual indication of the airflow the helmet provided. 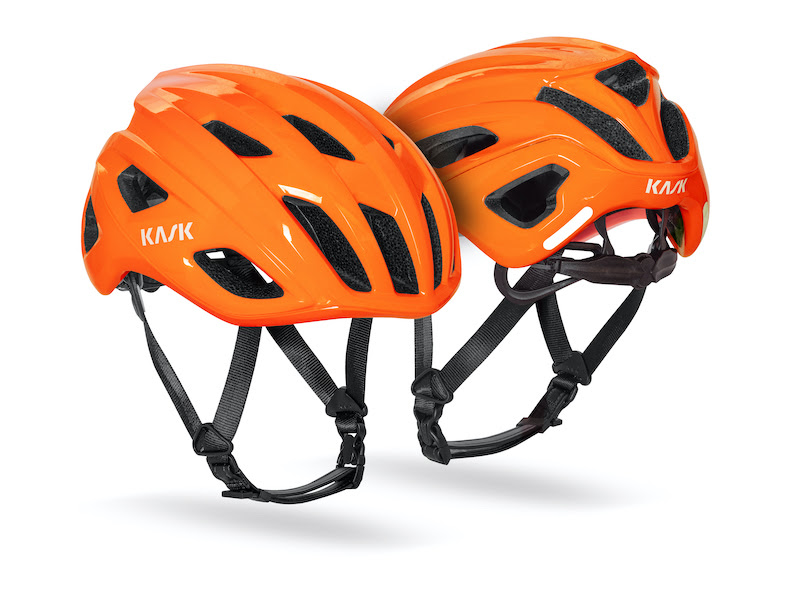 The Mojito³ has a sleeker, flatter profile than the Mojito X. Initially, it looks like it has fewer vents, but Kask says that there is a similar amount of open space in the helmet with the now larger vents. They applied a number of the design innovations developed with INEOS for the Utopia and Valegro to this Mojito and, though this wasn’t the design goal, Kask says the Mojito is 30 per cent faster than the previous Mojito. 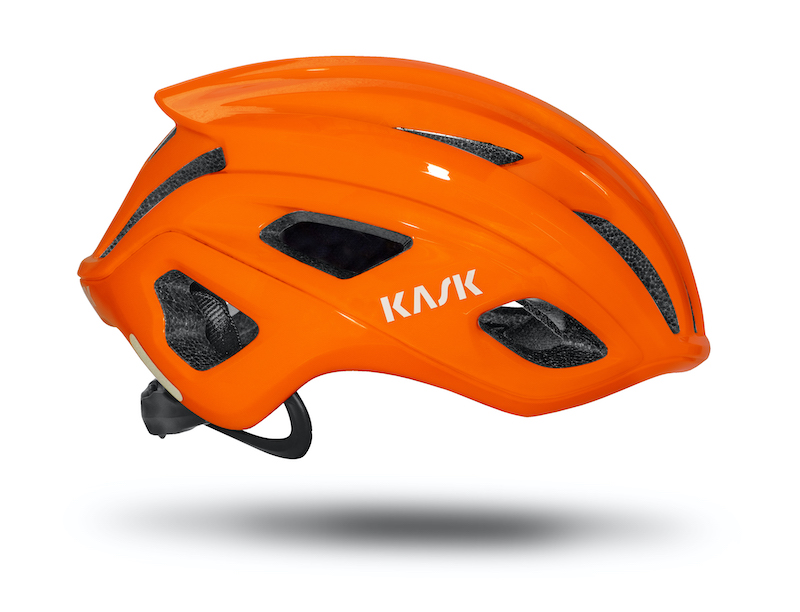 Although it’s slightly less pointy, the Mojito still has it’s signature tail in the back and features reflective detailing for enhanced visibility in low-light conditions. It comes in six colorways: Black Matt, Yellow Fluo, Orange Fluo, White, Black and Grey.

Kask says it had three major goals with the redesign of the Mojito: Improve safety, improve comfort and keep the iconic style. 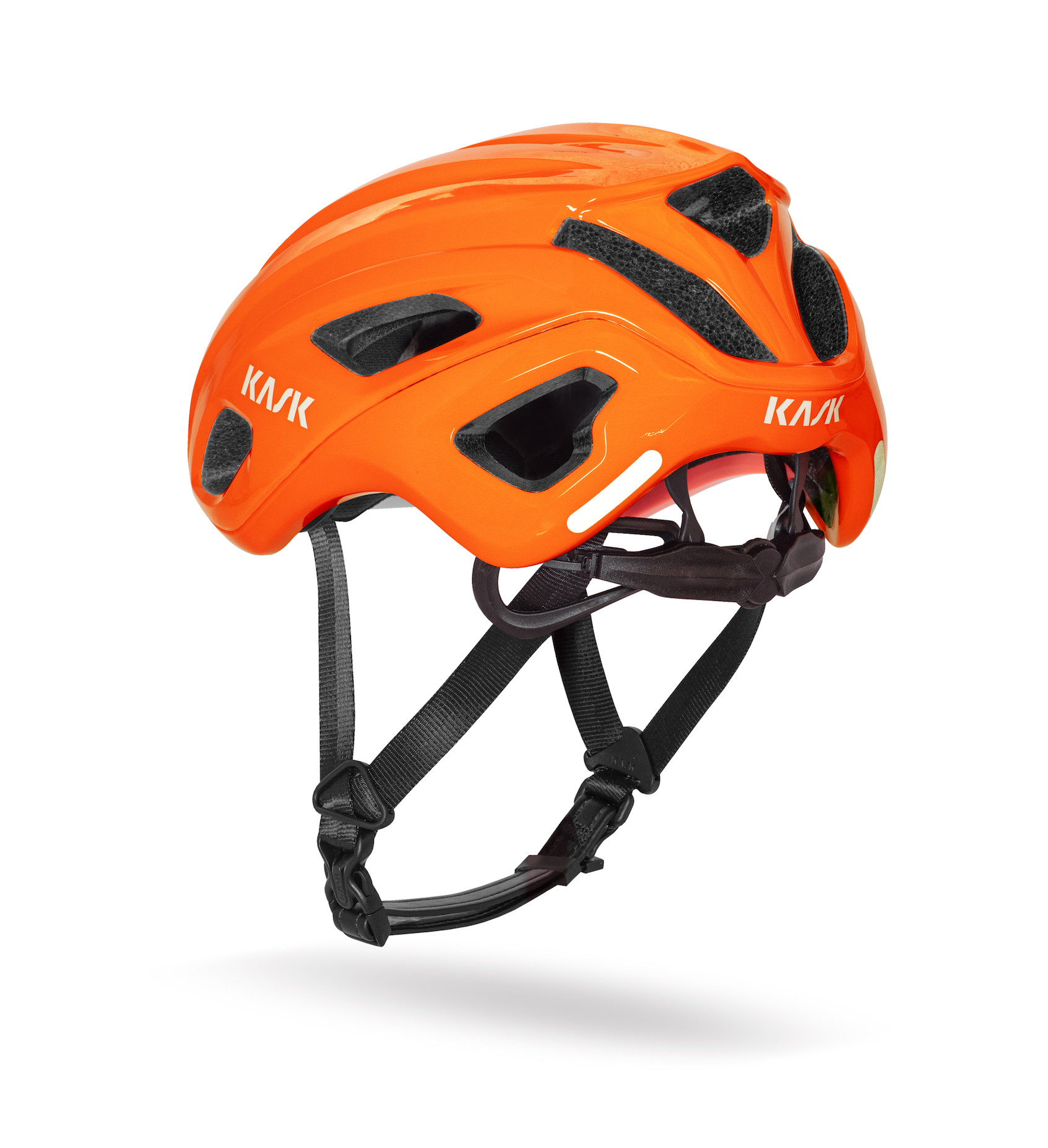 The helmet doesn’t have MIPS, but it does meet the WG11 European standards for rotational impact.

At 230g the helmet feels light—it’s only 15g heavier than the Protone. The Mojito³ is fit with Kask’s Octo Fit head retention system, which enables the rider to fine tune the helmet’s position on the head. The helmet can easily be adjusted on an anterior/posterior axis and tightened or loosened with the dial on the back. 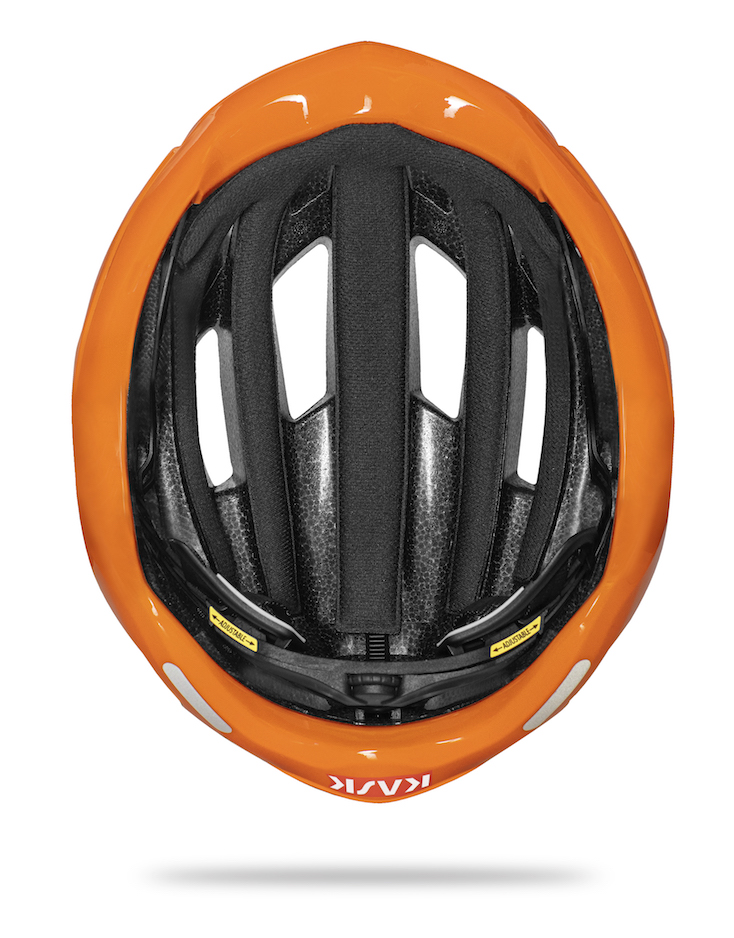 The faux-leather (or as Kask says ‘eco-leather’) chin strap also provides a level of comfort for those who get annoyed with chin straps rubbing their necks.