Stage Report: The last stage of the 2020 Tour de France in Paris went to the Irishman in the green jersey, Sam Bennett (Deceuninck – Quick-Step). But the day was always going to be Slovenian as Tadej Pogačar (UAE Team Emirates) confirmed his overall win. 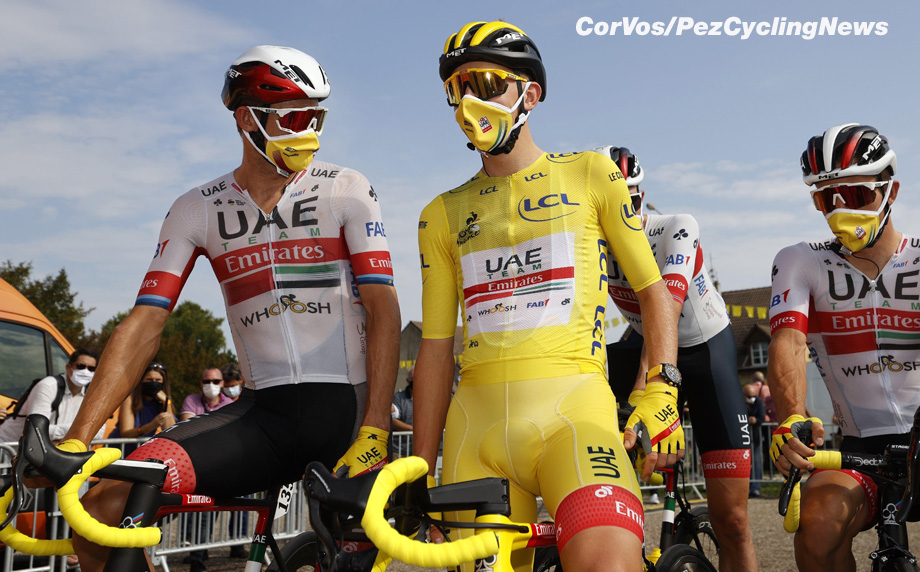 Stage 21 Route:
Tour director, Christian Prudhomme describes the stage: “Emotions run high on the final stage of the Tour. Light hearted in the first part of the race when time has come to celebrate and congratulate one another with sometimes a sip of champagne. Then comes the pleasure of re-discovering every year the Île-de-France area and Paris of course. Finally there are the shivers, the flower bouquet on the Champs-Ẻlysées indeed remains one of the most coveted on the sprinting planet. Unless…” 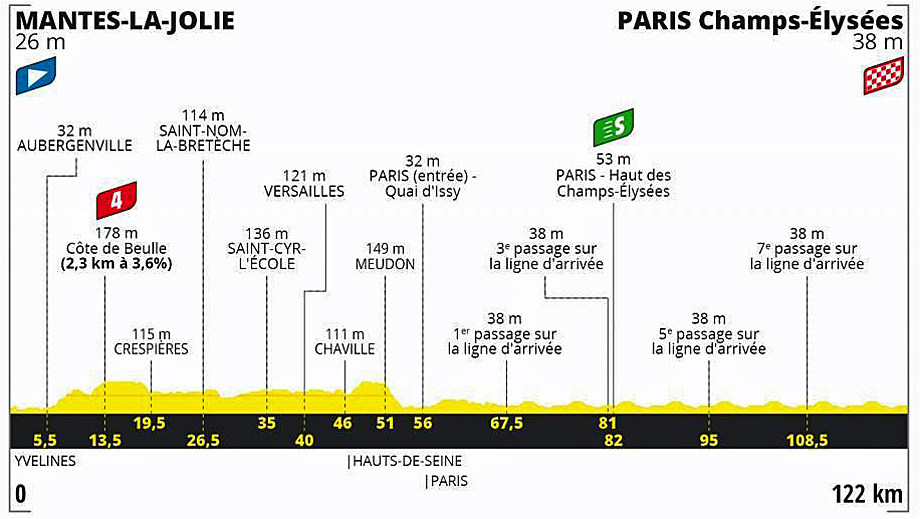 Sam Bennett won the last stage of the Tour de France. In a bunch sprint on the Champs-Élysées in Paris, he was the first to cross the line. Yellow jersey Tadej Pogačar crossed the finish line without any problems and wrote history in several ways with his overall victory. 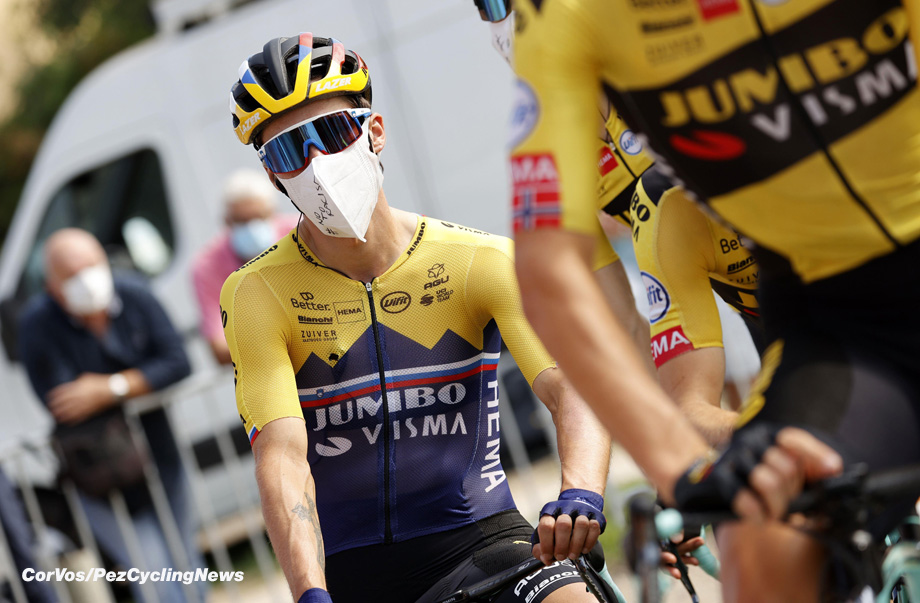 What was the atmosphere in the Jumbo-Visma hotel like on Saturday night? 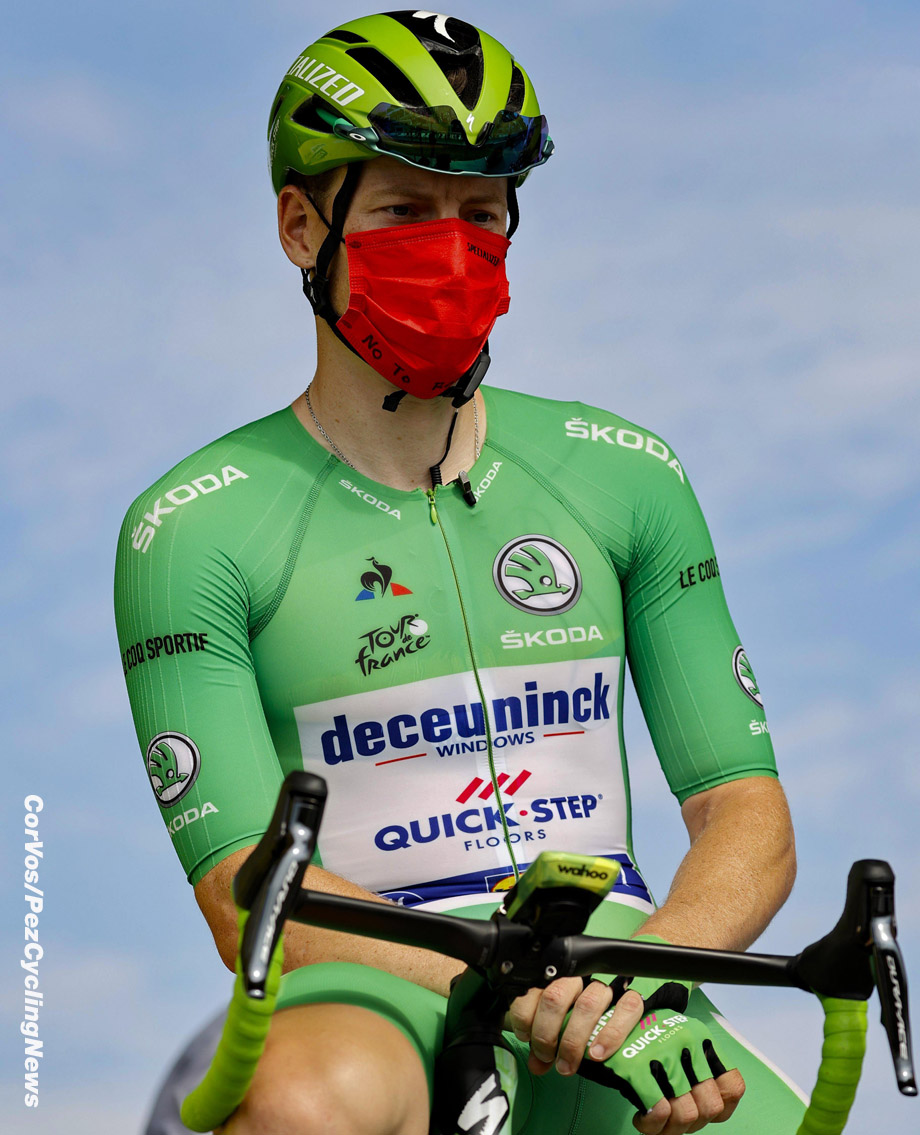 Sam Bennett in the green jersey at the start 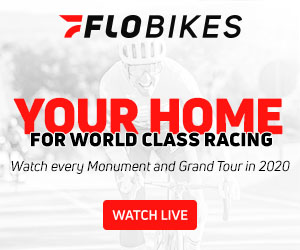 The last stage traditionally started with the photo shots, congratulations and jokes. With yellow jersey wearer Tadej Pogačar and his five remaining UAE Emirates team-mates at the front of the peloton to set course for Paris. Via the iconic square near the Louvre, the riders reached the local circuit on the Avenue des Champs-Élysées, where eight laps awaited the riders. 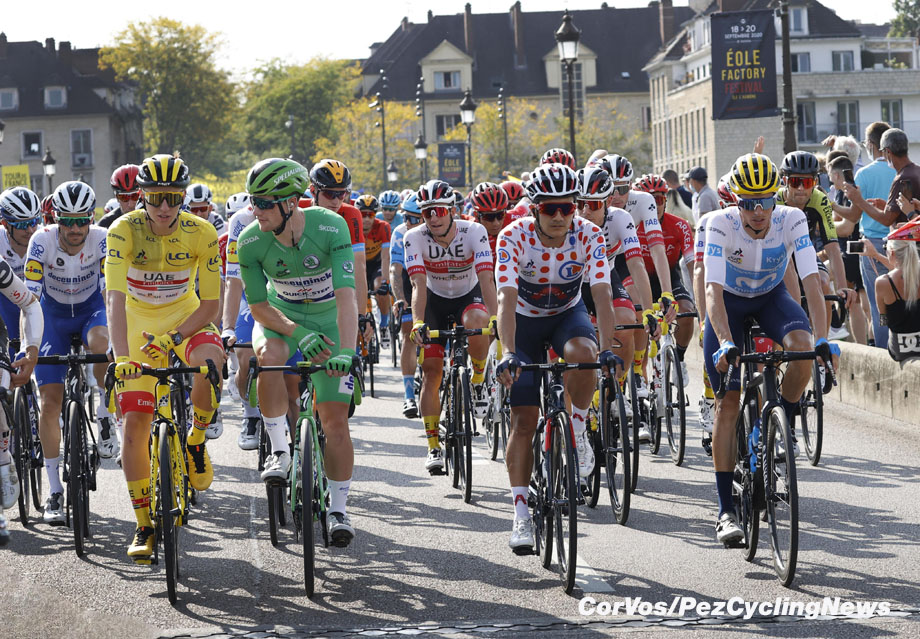 All the leaders jerseys, Tadej Pogačar in reality is wearing three of them 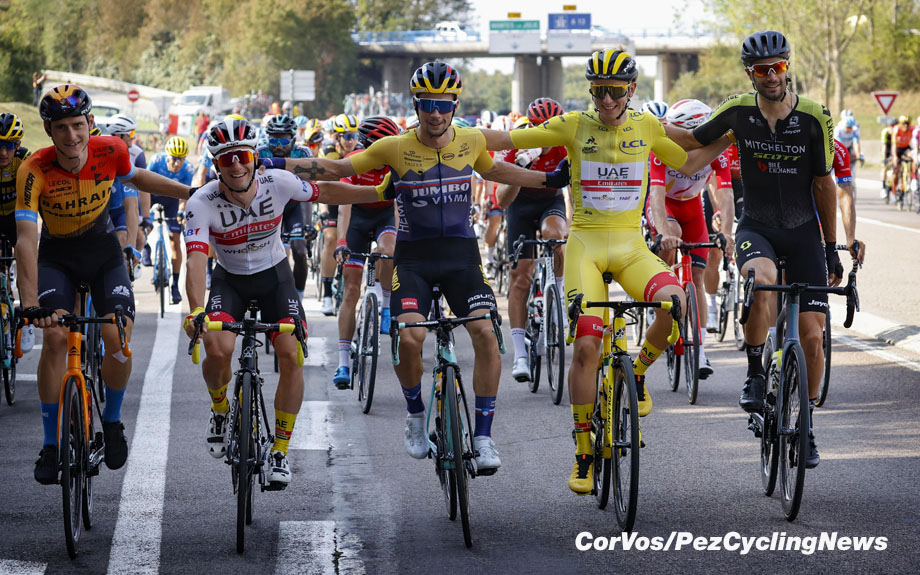 The attacks started as soon as the peloton hit the circuit. Jens Keukeleire was the first man in action. Forty kilometres before the finish, a group of four escaped: Greg Van Avermaet (CCC) with Maximilian Schachmann (BORA-hansgrohe), Connor Swift (Arkéa-Samsic) and Pierre-Luc Périchon (Cofidis). They took a lead of 20 seconds. 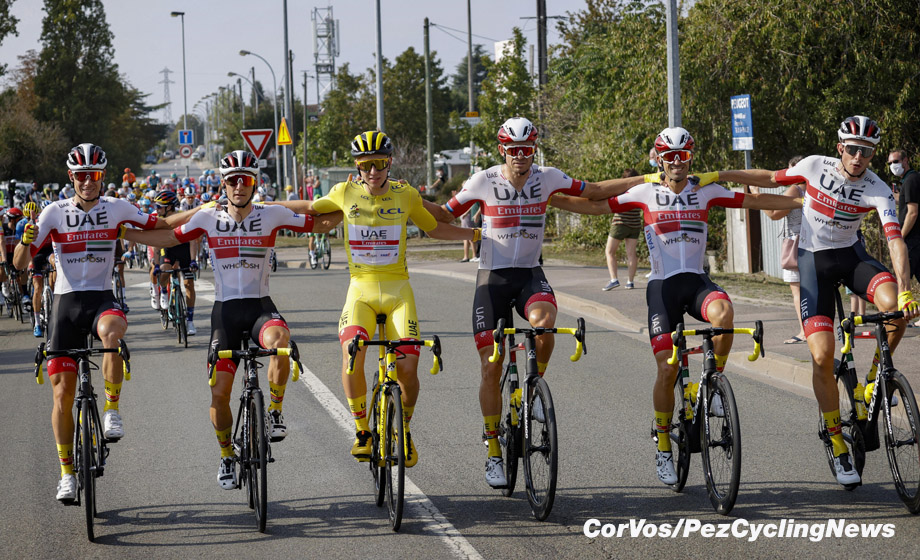 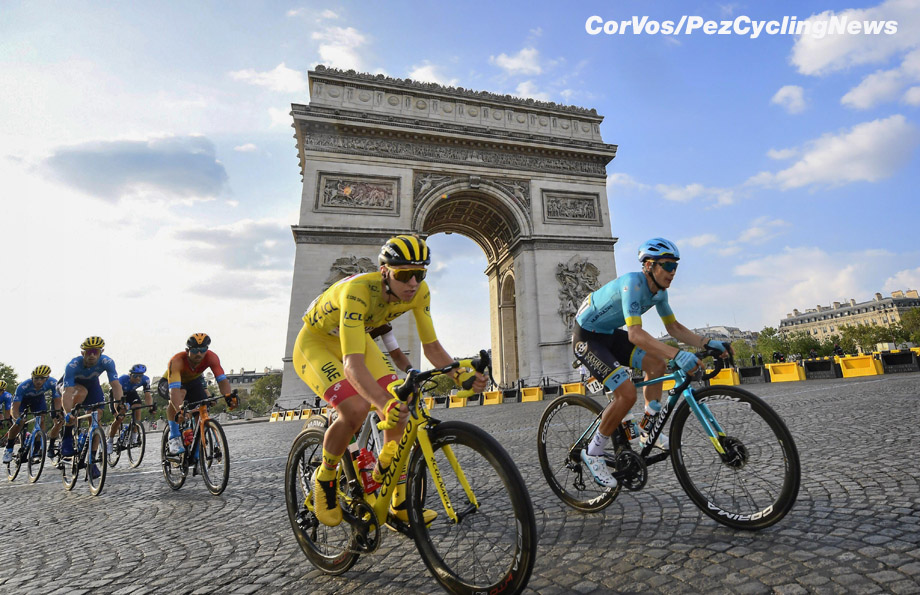 The yellow jersey and the Arc de Triomphe

Deceuninck – Quick-Step put themselves at the head of the peloton in the service of green jersey Sam Bennett, who took some points in the intermediate sprint and secured his victory in the points classification. Bryan Coquard’s B&B Hotels-Vital Concept also joined in with some work. The four escapees held out for a long time. 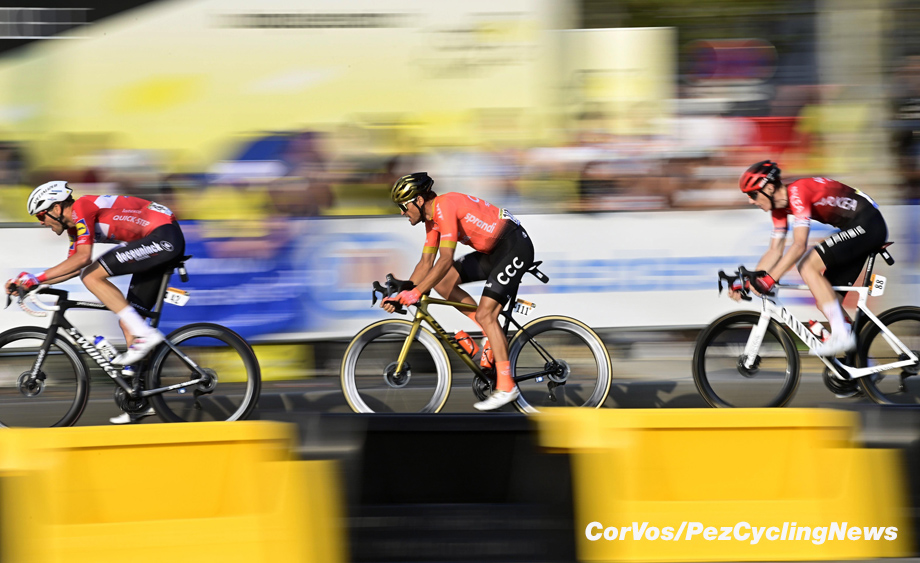 Greg Van Avermaet in the break 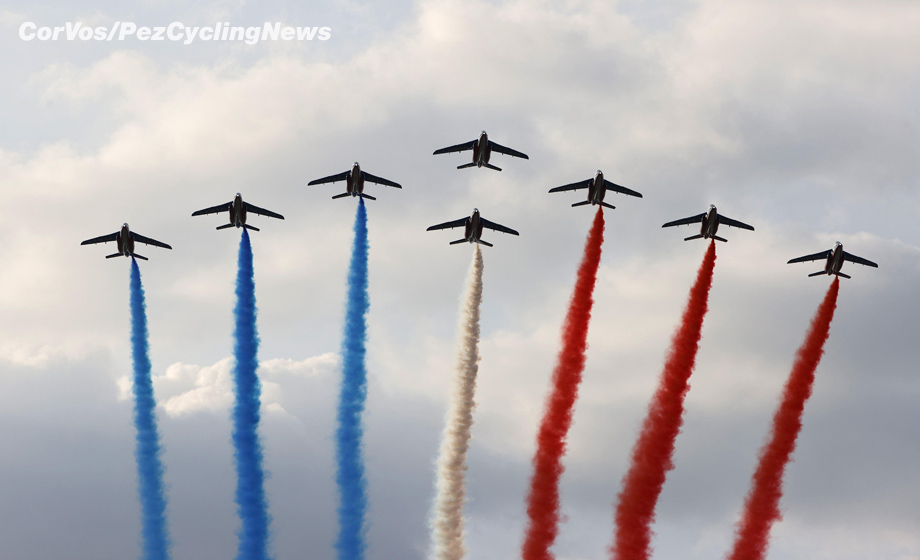 The Arc de Triomphe and the blue, blanc and rouge 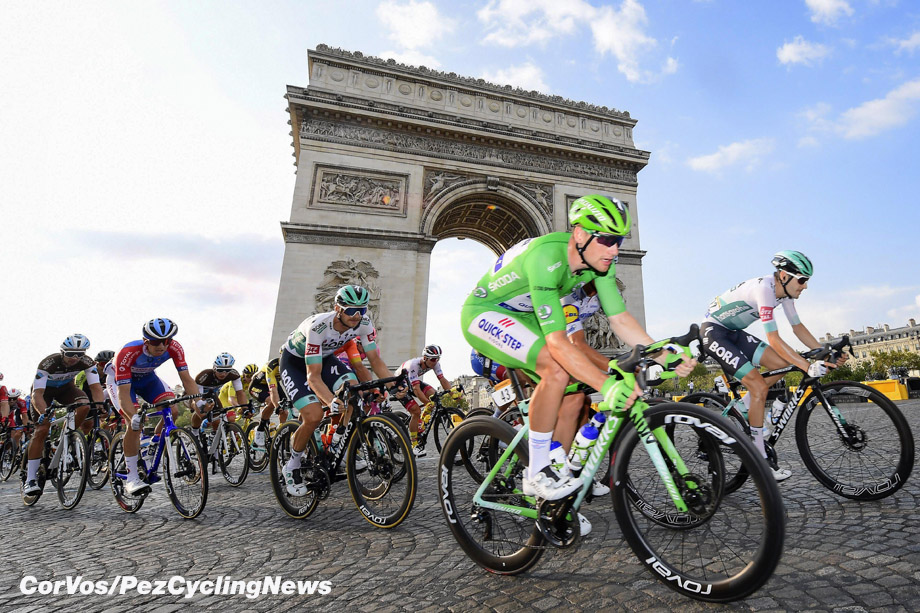 Sam Bennett was guaranteed the green jersey after the intermediate sprint

In the penultimate lap through the heart of Paris, where only 5,000 spectators were welcome due to the “code red” for the capital, the difference kept fluctuating around 15 seconds. Jumbo-Visma decided to take the lead for Wout van Aert, while NTT Pro Cycling came forward. 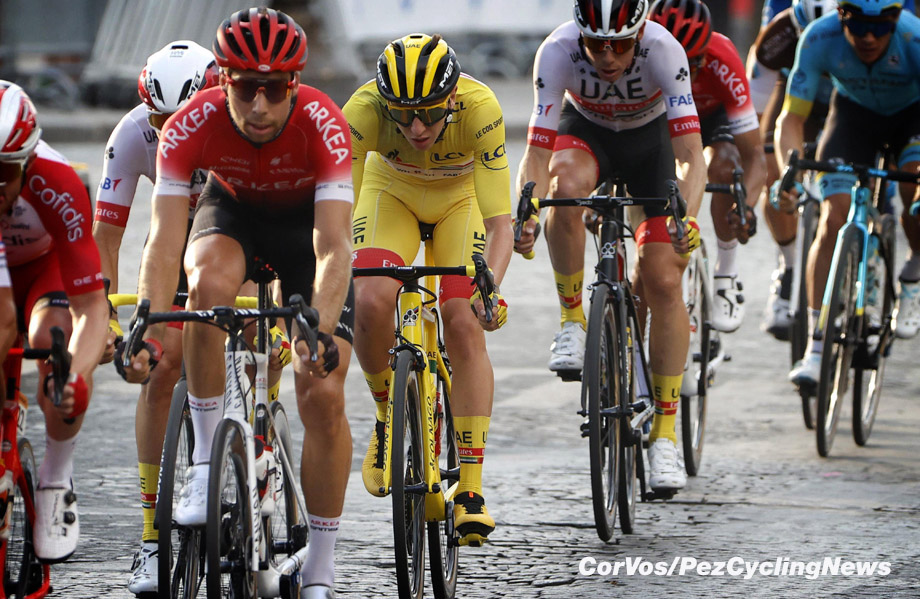 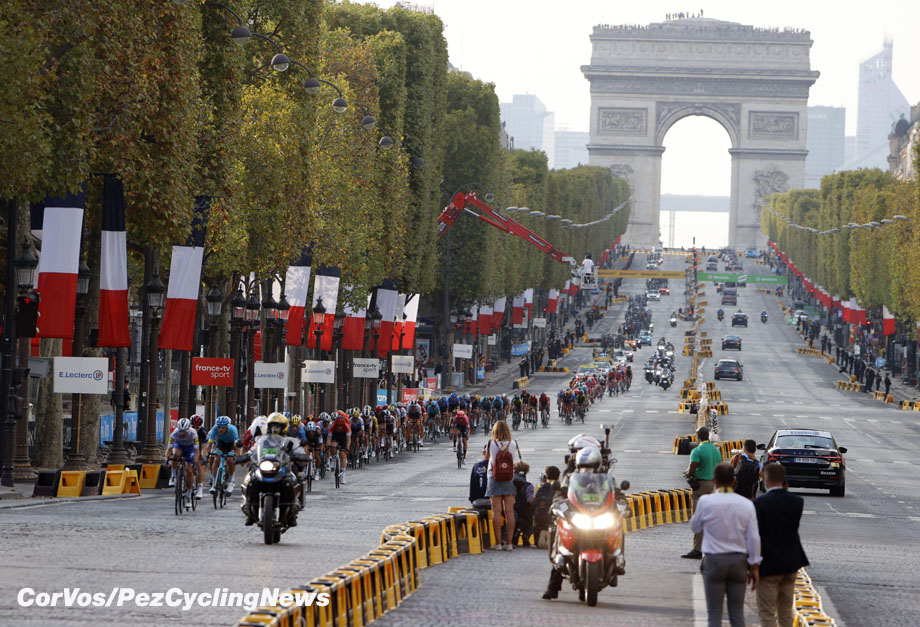 The peloton on the way down the Champs-Élysées

Sunweb, Trek-Segafredo, Deceuninck – Quick-Step and Lotto Soudal led their sprinters to the front, and it was Sam Bennett who got the best lead-out. The green jersey managed to take his second stage victory of this Tour de France. World champion Mads Pedersen, who will probably lose his title next week, was in second, Peter Sagan third. 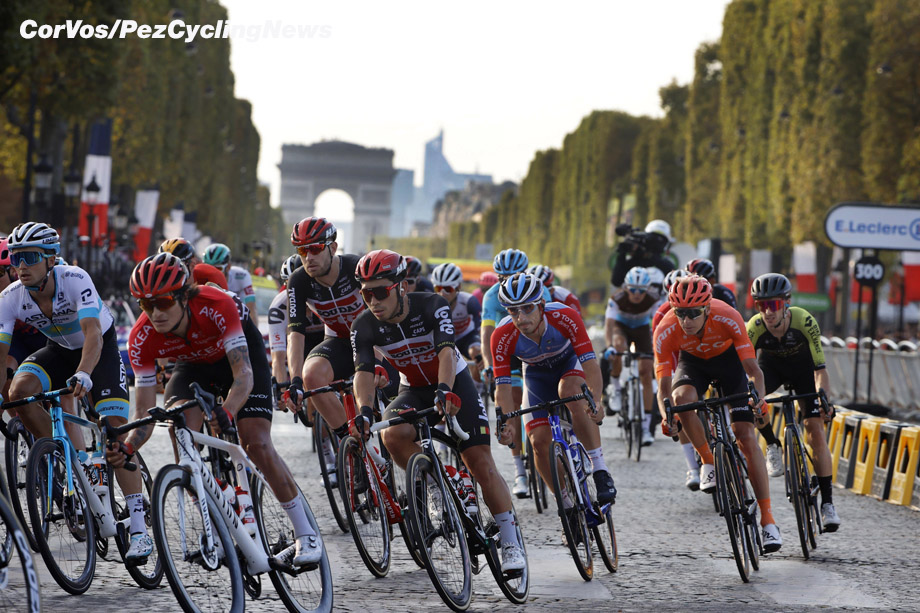 Caleb Ewan getting a good position

The top riders on GC had no problems on the Champs-Élysées. Tadej Pogačar (UAE Team Emirates) becomes the first Slovenian ever to take the overall victory in the Tour de France. The 21-year-old Pogačar, Primož Roglič (Jumbo-Visma) and Richie Porte (Trek-Segafredo) took their places on the final podium. 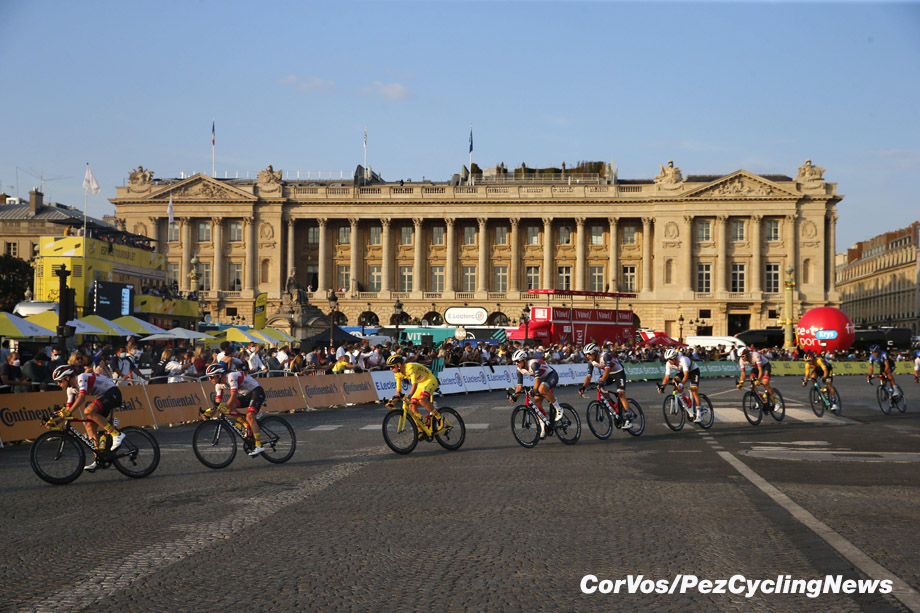 Sam Bennett (Deceuninck – Quick-Step) broke the reign of Peter Sagan as winner of the points classification, and the Irishman took home the green jersey. The mountains classification and the young rider classification also belonged to Pogačar. Marc Hirschi (Sunweb) was rewarded for his Super Fighting Spirit, while Movistar won the team classification. 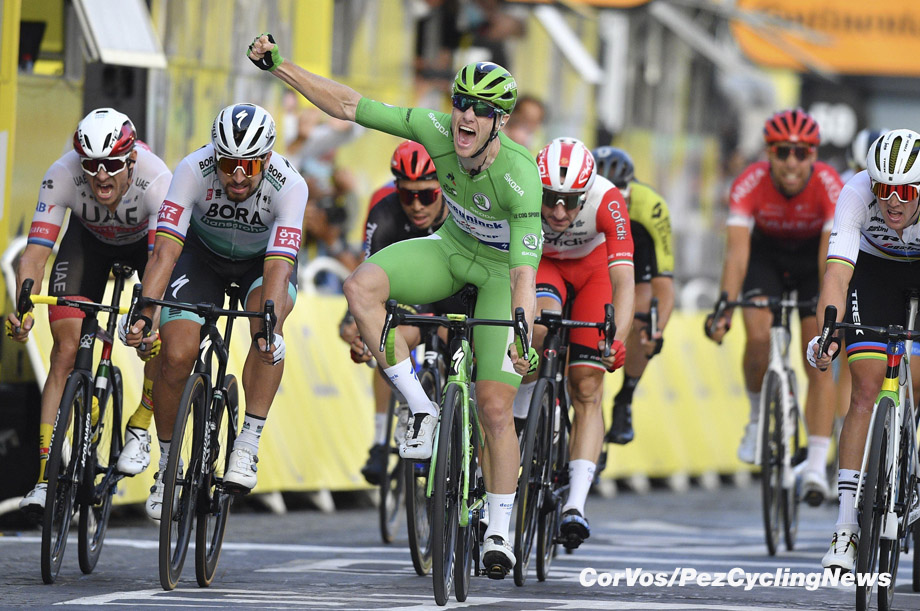 The big win in green for Sam Bennett

Stage and green jersey winner, Sam Bennett (Deceuninck – Quick-Step): “I can’t tell you how I feel, standing here as a winner with the green jersey on the Champs-Elysées. This is the world championship of the sprinters. I never thought I’d win this stage, so to win it in the green jersey, it’s fantastic! I’m part of a dream team. It’s just such an amazing feeling. The suffering in the mountains was worth it. It took me so long to get here, I’m going to enjoy every moment of this victory. It was a really fast and technical finale. I’ve been nervous when we went back to the front. Then the boys destroyed the race, they were first after the tunnel and I thought it was too early. Trek came but we had each side covered. There was a bit of a head wind, we let them go first, then I opened up. Stuyven came to the front for Pedersen. I thought somebody would pass me. I can’t believe I’ve won it.” 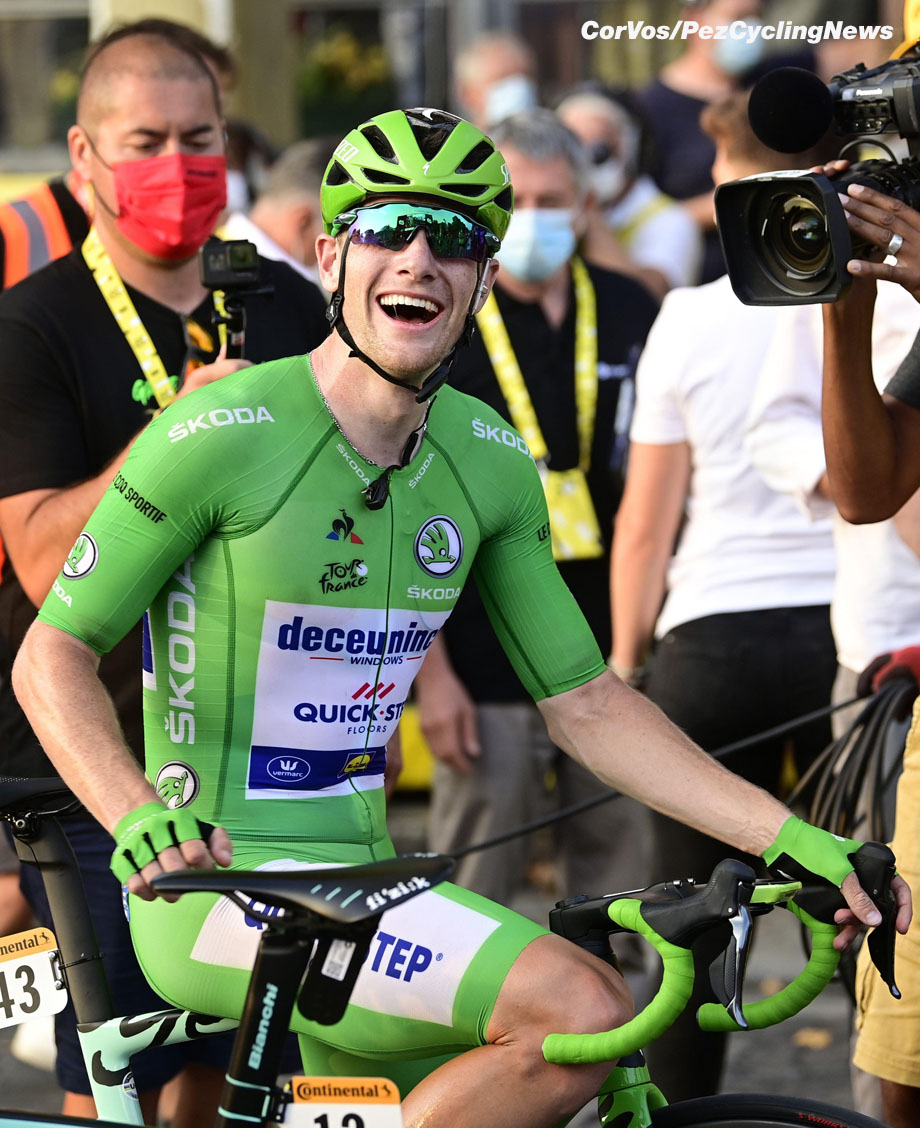 Overall winner, KOM and Best Young Rider, Tadej Pogačar (UAE Team Emirates): “It’s unbelievable. It’s really crazy to be the winner of the Tour de France. Even if I’d come second or further in the ranking, it would still be nice to be here. This is just the top of the top. I can’t describe it with words. Today was a very special day with my team-mates. Finally I had some time to talk with them on the bike. The other days, it was just racing full gas. I think every rider from the peloton congratulated me today. This sport is amazing!” 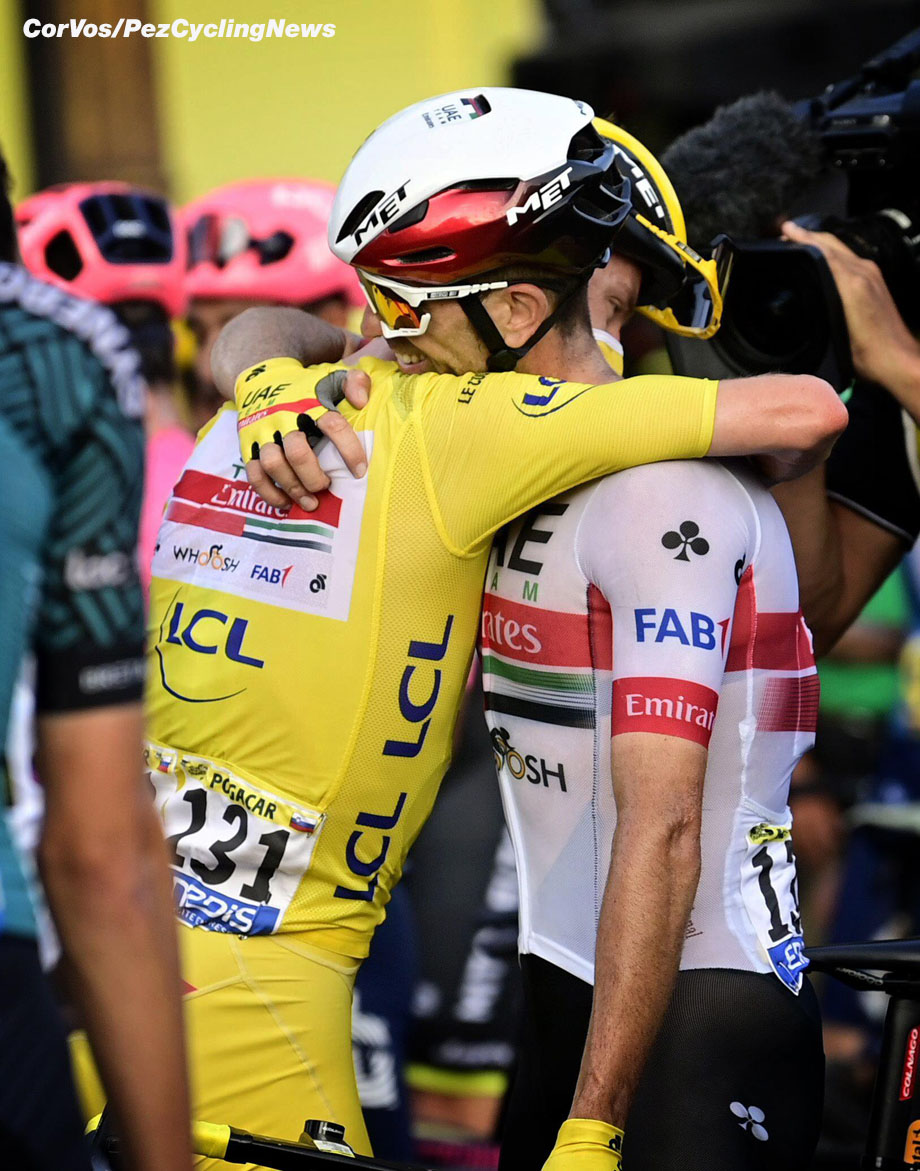 The finish for Pogačar