As a longtime Shimano SPD-SL user, I’ve always looked at Speedplay pedals with a bit of apprehension. Their reversed engagement system puts the spring and jaws on the cleat, instead of on the pedal. Unlike other clipless designs, you clip on to Speedplay pedals, rather than clipping in to them. I removed my old pedals and put on the light-weight dual-sided Wahoo Speedplay Zeros, ready to learn about why they had such a strong cult following.

Is it worth the effort of making the switch to the lollipop-style pedals? For some, I think the benefits of Speedplay pedals will definitely sweeten the deal.

Pre-Wahoo acquisition, Speedplay’s catalogue of pedals was notoriously large. When Wahoo took over the company, one of its main plans was to “simplify and clarify the product lineup,” which resulted in a new offering of just four pedal models. The new Wahoo Speedplay line includes the Speedplay Zero, the Speedplay Comp, a slightly heavier and lower price point model, the light-weight Speedplay Nano, the aerodynamic Speedplay Aero and the new (unreleased) Wahoo Powerlink Zero power meter.

The small lineup of pedals keeps many of the features loyal speedplay users love, while subtly improving the design to increase durability and reduce maintenance. I tested the Wahoo Speedplay Zeros, the flagship pedals of the collection. 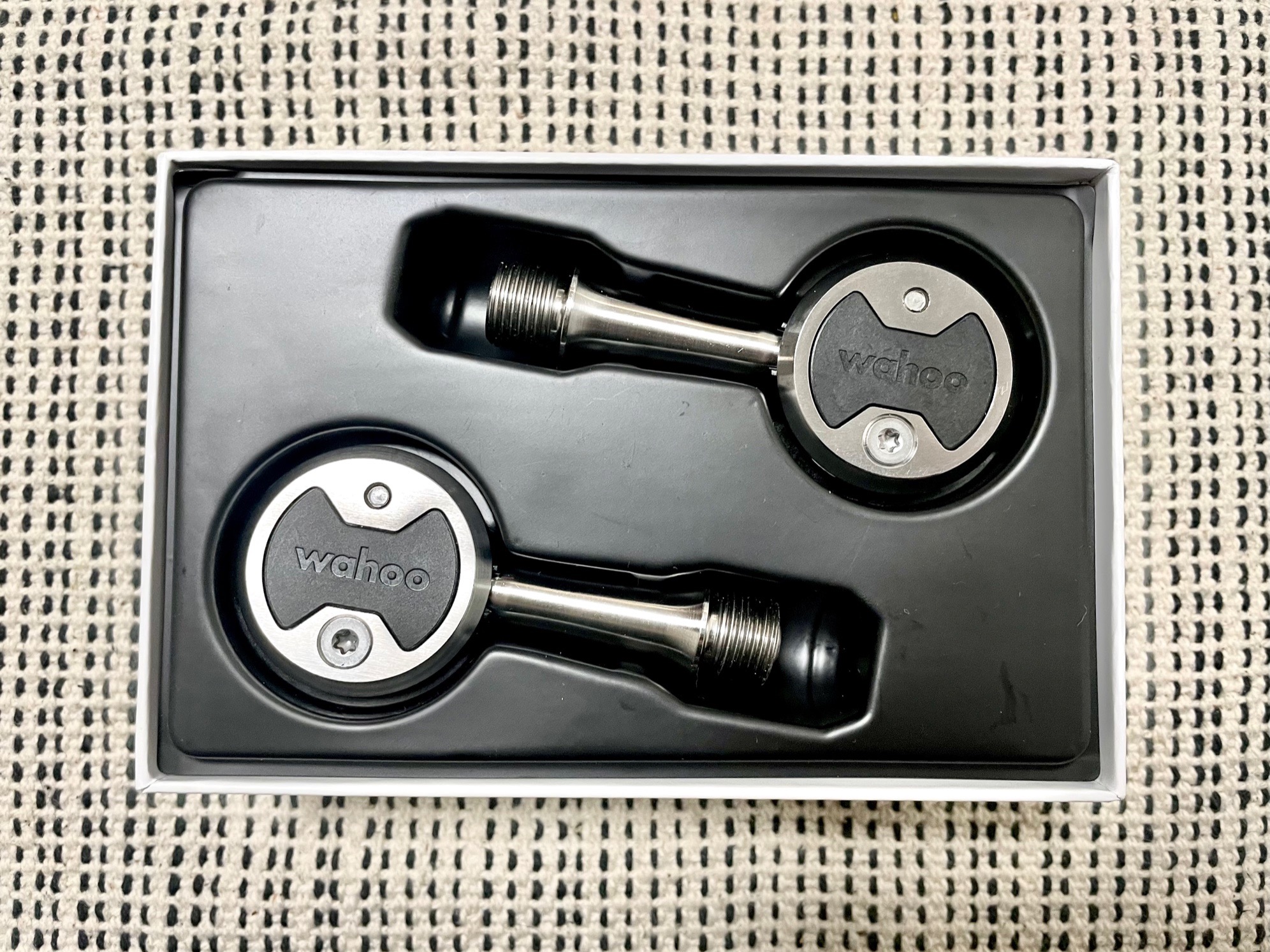 Predictably, the setup for the Speedplays was more involved than with a typical Look or Shimano 3-bolt cleat. Thankfully, the instructions that came with the product were clear and walked through the steps in a straightforward way.

Speedplay users have to attach an initial adaptor platform, that fits onto 3-bolt road shoes, before connecting the actual cleat, which attaches using three smaller screws. Everything attaches using hex keys and a phillips head screwdriver, an update from the previous design which required star keys, spanners and screwdrivers.

Together, the two platforms allow for more fore-aft and left-right cleat adjustability than most pedal systems. Wahoo updated the design of the cleat body with additional metal to enhance durability, so I don’t expect it to wear it out anytime soon. 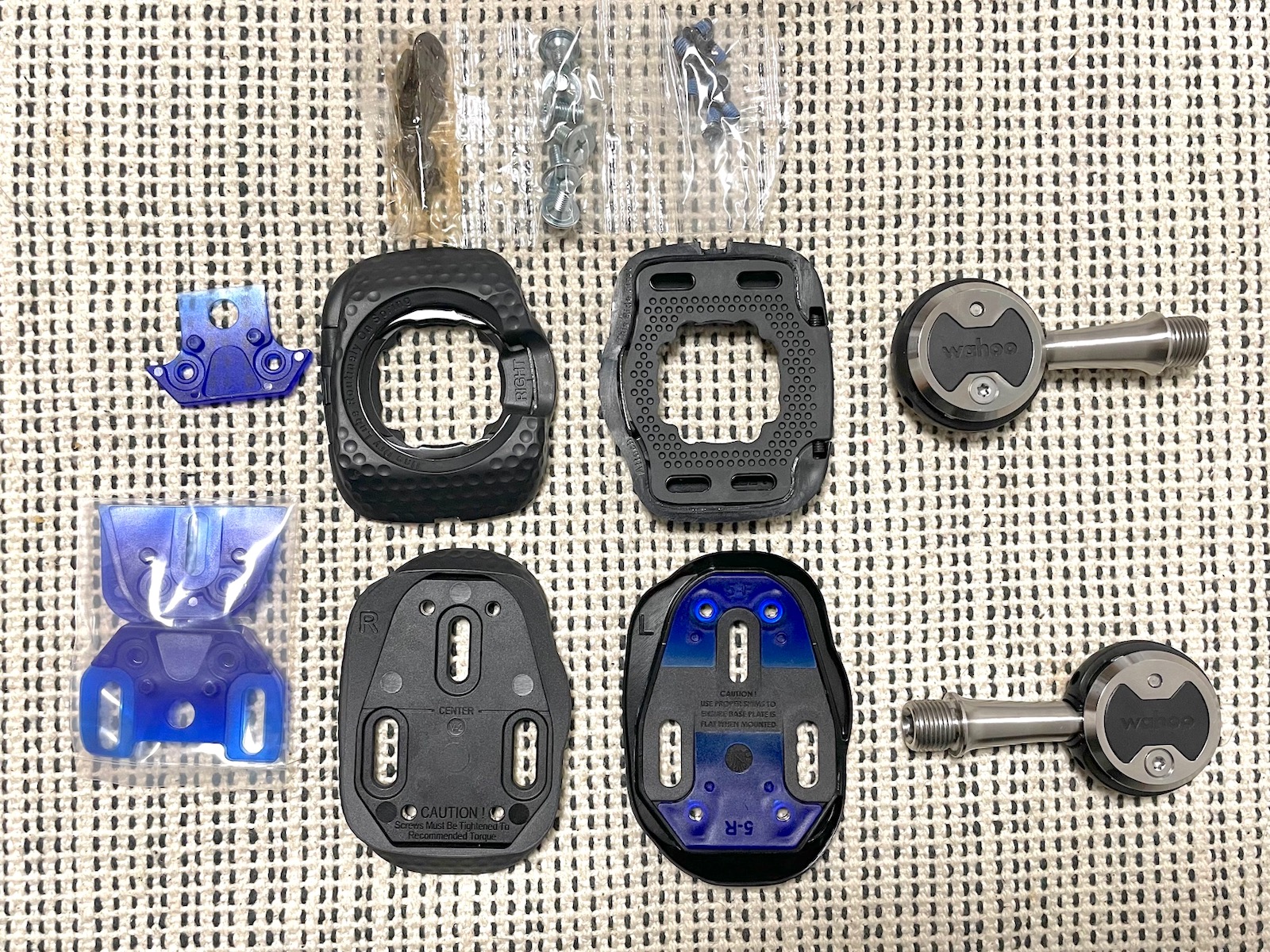 When the time does come to replace the cleat body, it should be easy to set up again because I already have my cleat position dialled in.

Despite their design differences, Speedplay pedals have long had a dedicated following due to their adjustability. The unique cleat and pedal fit are customizable to a greater extent than other systems—all Speedplay pedals are independently adjustable +/- 15 degrees of inboard and outboard float.

Bike fitters in particular like the pedals for their greater adjustability and the variety of spindle lengths. The new Wahoo range all feature 53 mm spindles as standard and, through retailers and bike fitters, the brand will be offering 56, 59, and 65 mm spindle length options for the Zero model. 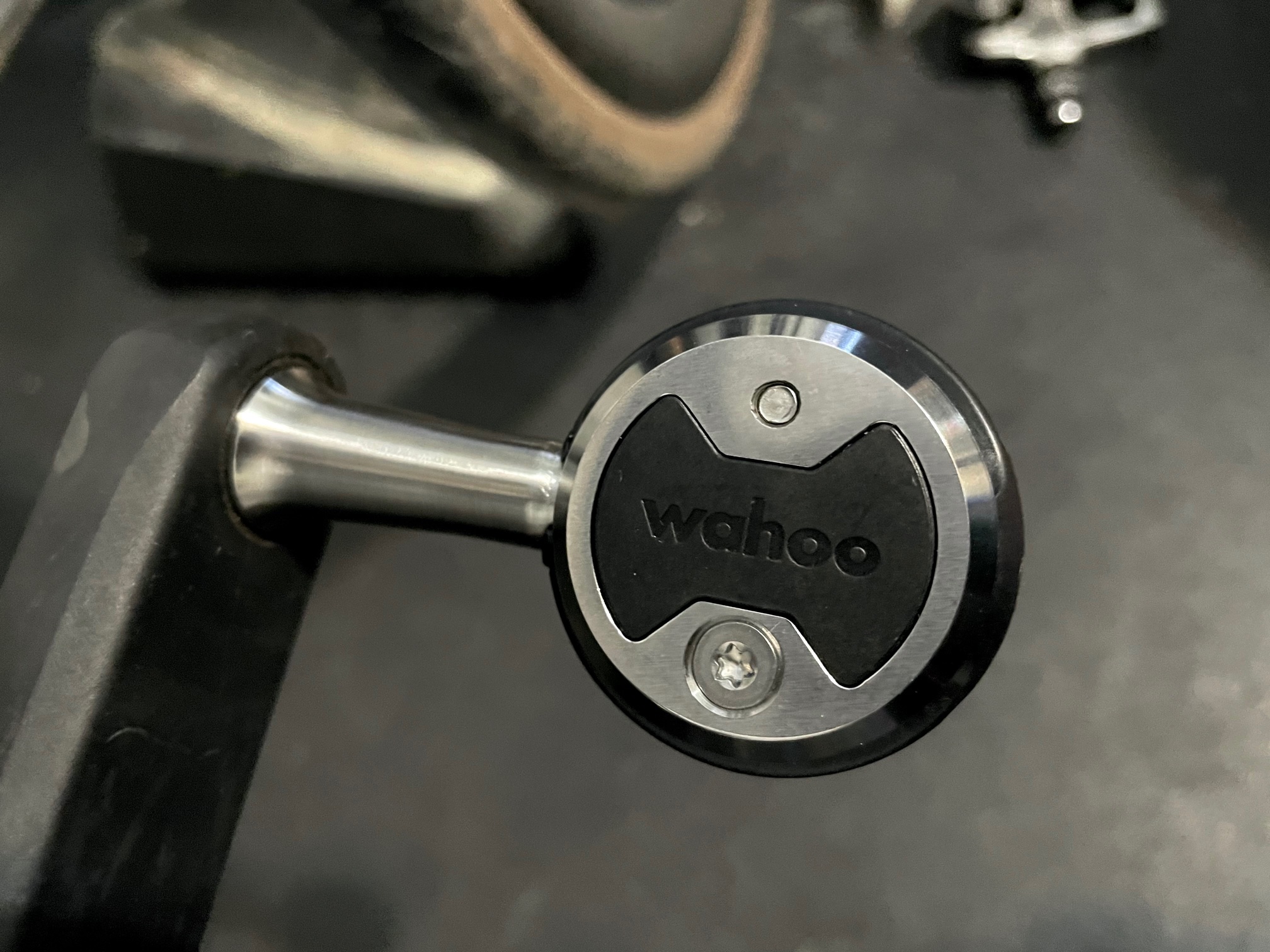 As all cyclists do, I love a properly set-up cleat. I think that the Speedplay’s Zeros’ greatest strength is the wide variety of foot positions they allow. These pedals open up a whole new world of comfort to those who have been struggling with traditional cleat positions and offer a greater range of options for a greater range of body types.

There are some other advantages Wahoo says the peals have over traditional clipless road designs. Their lower weight, 222g per pair, is nice for the marginal gains crowd, but I won’t claim that I was able to notice the difference. The lower stack height required me to slightly lower my saddle, but I felt this minor adjustment was made up for by improved cornering and the aerodynamic benefits of the pedals.

To address an issue with older Speedplay pedals where the pedal body would wear out over time and cause a “rocking” sensation, Wahoo has added a metal plate to the pedal body. The plate replaces plastic that was previously at the interface where the cleat clips on. I didn’t notice any rocking sensation and the pedals felt stable and efficient.

The included walkable cleat covers make for a much more stable and grippy off-bike walking experience than I’m used to. At the start, I sometimes had a bit of trouble clipping in to the Speedplays, but then again, I used Shimano pedals for a number of years, and I still occasionally fumble when clipping into them.

Original Speedplay users would lubricate their cleats as often as once a week. Wahoo says that, with the new generation, it’s only optional so I hadn’t used any lubricant on the pedals, but, after a month of usage, clipping in to the Speedplay Zeros was getting noticeably harder.

Frustrated with the tension, I decided to try adding dry lube to the cleat. It fixed the issue completely. I plan on doing this every few weeks, or at least whenever the pedals start to give me noticeable resistance, so I’m not sure how “optional” it is.

One of the clunkier design elements of the old Speedplays was the need to regularly inject grease into the pedals using a grease gun. My (used) Shimano 105 5800 SPD-SL road pedals lasted over 40,000 km without any service and the bearings still spin smoothly. Wahoo has updated the Speedplay design so that they no longer require regular manual grease addition. It’s great to hear that Wahoo has improved the design to address this arduous aspect of Speedplay maintenance, bringing the maintenance level more in line with other clipless pedal options.

Should you switch to Speedplay?

Overall, these pedals are a good quality product that address a specific need in a creative way. In that sense, though they weren’t designed in-house, the pedals fit nicely in-line with Wahoo’s inventory of products. 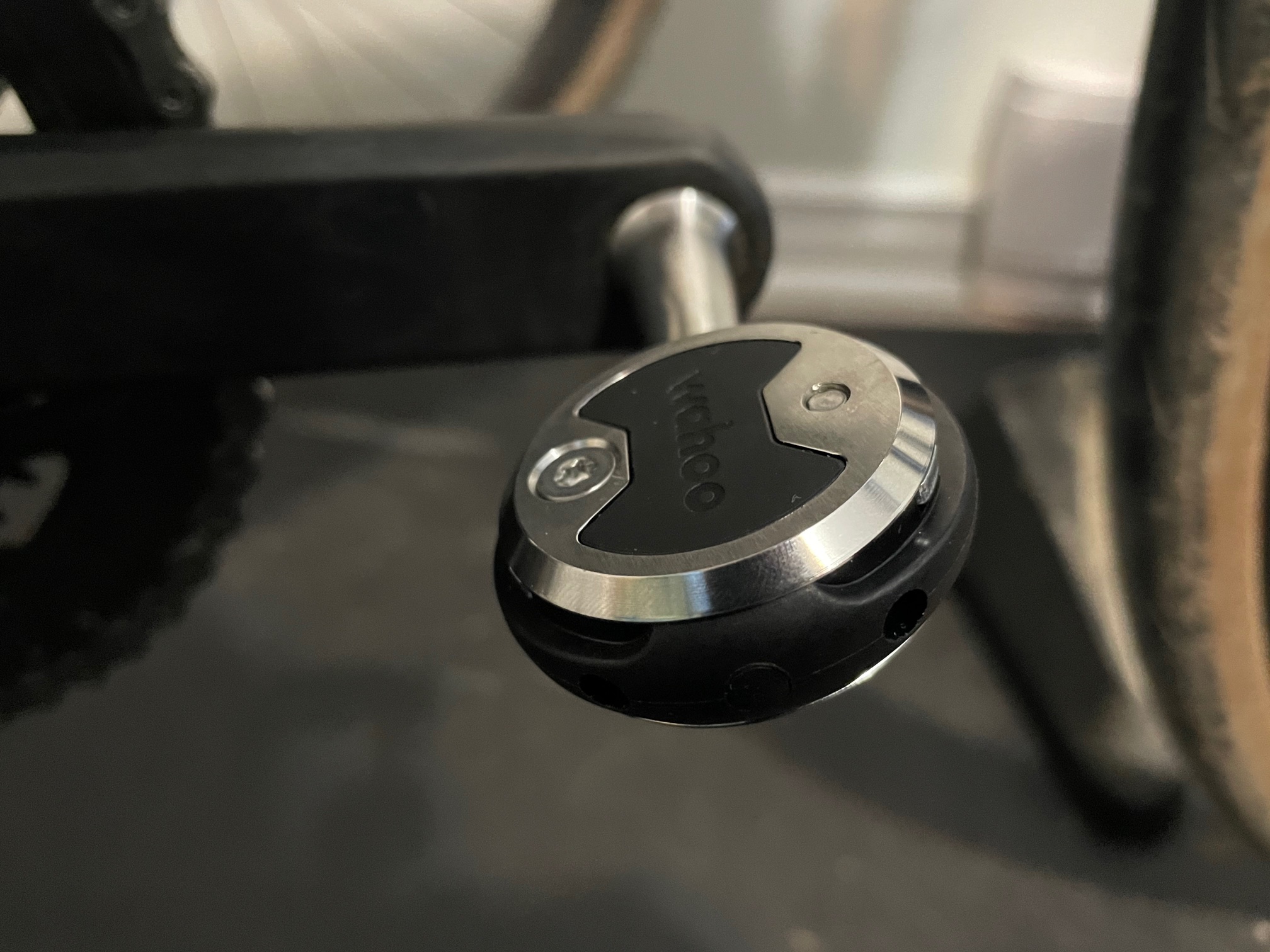 I wasn’t looking forward to the setup process, but, despite taking a bit longer than other pedals, I was pleased that it turned out to be much more straightforward than expected.

Though the Zeros are lighter than other pedals and have an aerodynamic advantage, the Wahoo Speedplay Nanos would be the best choice for weight weenies, and the Speedplay Aero would be best for those focused on aerodynamics. The Speedplay Zero’s greatest strength is its adjustability, and those who value total control over their bike fit will appreciate the product. The added customization benefits come with more maintenance work (but a bit less than previous generations.)

The cost, $330, is not cheap for a pedal. Is it the first thing I would suggest upgrading on a bike? For most riders, it wouldn’t be. But for those who can afford it, the pedal is one more way to precisely fine-tune the connection between yourself and the bike, and has a few added benefits to go along with it.

The Wahoo Speedplay Zero Pedals, $330, are available at ca.wahoofitness.com or your local Wahoo retailer