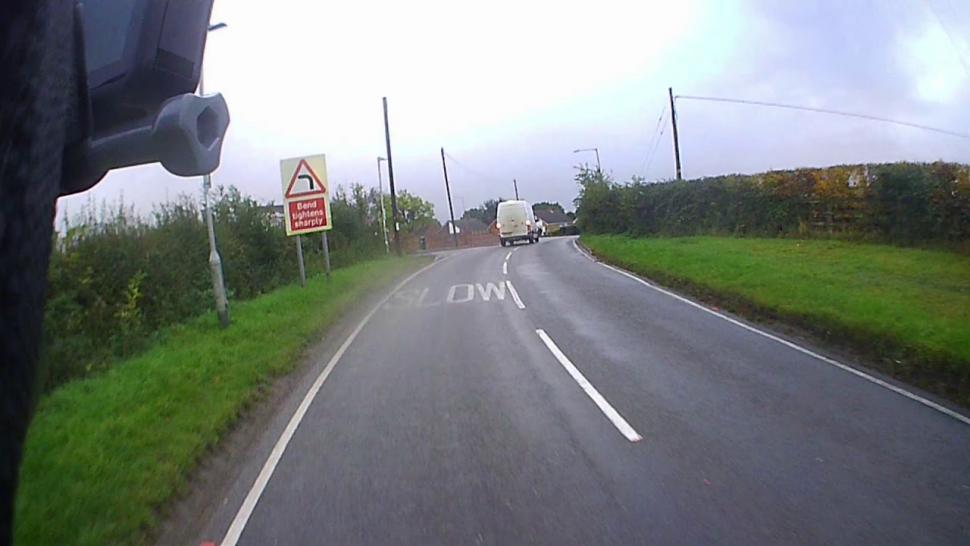 This is one of the more common types of close pass that we see, and it’s one that makes you reflect on the attitude of some drivers towards road safety – not necessarily that of other people, but their own.

In the near-500 videos we have shown in our Near Miss of the Day series to date, the vast majority show a motorist putting a cyclist, and no-one else, in danger.

But now and again we feature an incident such as this one, in which the driver overtakes a cyclist despite oncomin traffic, putting the rider, the approaching driverm, and of course themselves, in danger.

And all to save, what, a couple of seconds?

This one was filmed by road.cc reader Joel, who said: “Particularly special one from yesterday – marring an otherwise unblemished 90 mins of safe and courteous drivers.

“Approaching the bend, the Mercedes van inexplicably decided it was a good point to overtake despite the oncoming car already being clearly visible to me and therefore presumably to him as well – but even if not, it would have been clear that there was every likelihood of something coming round the corner.

“Inevitably, despite squeezing horribly close to me, his huge vehicle still obstructed the opposing lane and the oncoming driver was forced to come to a complete stop.

“I was also forced to hit the brakes as he lurched back in, barely missing the now stationary car – the driver of which gave me a pained look – so I did indicate the camera to him, so hopefully he will at least be aware that the van driver can expect to be brought up on this one, assuming that Warwickshire police do anything with the report I submitted as soon as I got back.”