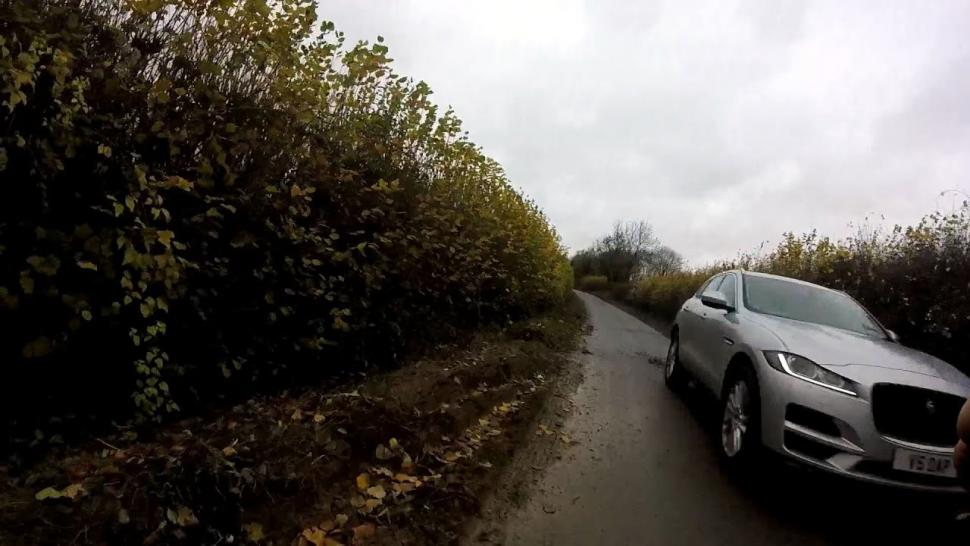 “This near miss was bad enough for me to call 999,” says road.cc reader Peter of this incident he caught on film near Chippenham, Wiltshire, and it really is a shocker.

It happened on a singletrack rural road, with the driver of the oncoming vehicle, a Jaguar F Pace 4×4, failing to slow down despite the presence of the cyclist, Peter having to serve to the left and come to a halt on the grass verge.

The motorist also moved to the left, churning up mud and stones from the opposite verge and missing Peter by inches – resulting in some colourful language from him, understandably so in the circumstances.

It happened on Tuesday morning, and updating us on Thursday, Peter said of his 999 call: “Unfortunately I was put in a queue.  Two days later Wiltshire Police has yet to even look at the video.”