3T, the Italy-based company, has launched a new rig: the 3T Exploro RaceMax Boost. The frame is the same as the Exploro RaceMax, the speedy gravel racer which debuted in June 2020. The “Boost” part of the name indicates the power that resides inside the frame and hub: a pedal-assist system.

This ebike uses what has become the de facto standard for curly-bar performance bikes: the Ebikemotion X35 system by Mahle. It’s a hub-drive system—as opposed to mid-drive at the cranks—featuring a 2.1-kg motor in the rear hub that laces to a 3T Discus 45|40 rim. The motor has a maximum torque of 40 Nm. It will assist your power output until you hit 32 km/h. After that, it’s all on you.

The Exploro RaceMax has a massive down tube, 75 mm at its base. The girth gives you an aero advantage, shielding your water bottle from turbulence. Within the 3T Exploro RaceMax Boost, the down tube holds the ebike system’s battery with ease. The charging port for the 250-Wh battery is beneath the bottom bracket.

You control the level of assist via the iWoc One remote on the top tube. It lets you cycle through the levels of pedal-assistance. 3T has dialed in three assist modes. Eco provides the subtlest amount of support. In the middle is the aptly named Medio. If you want the maximum boost from the ebike, the Turbo setting is for you. The max assistance not only moves you quickly, but it drains the battery at a higher rate. To go even farther, you can attach a 208-Wh range-extender battery on the underside of the down tube. You can further tweak the system’s behaviour with the Ebikemotion app.

The 3T Exploro Racemax Boost Flatbar is nearly identical to its Dropbar sibling except for, you guessed it, the bar. The more commuter-oriented model has the 3T carbon LTD bar. ($9,450, 3t.bike)

The 3T Exploro Racemax Boost Ultralight is the deluxe model. It sports SRAM Red AXS eTap levers, rear derailleur and brakes. The crank is 3T’s aero Torno model running a 36-tooth ring. The cassette is by Rotor: 12-speed ranging from a 11-tooth to a 36. 3T says the bike weighs 10 kg, which provokes a back-handed compliment: “That’s light for an ebike.” But it’s true. E-gravel bikes usually weigh 12 kg or more. ($13,499, 3t.bike)

All Boost models have the same tire clearance as the analog RaceMax. 3T has introduced the terms width as measured (WAM) and radius as measured (RAM) to address the differences between nominal widths of tires and the actual dimensions they have when mounted on wheels. Since all of these Boost builds are 1-by, they should be able to run a tire with a WAM of 61 mm on a 650b wheel. The models above, with their 700c hoops, ship with 35c or 38c tires with WAMs ranging from 37 mm to 41 mm. 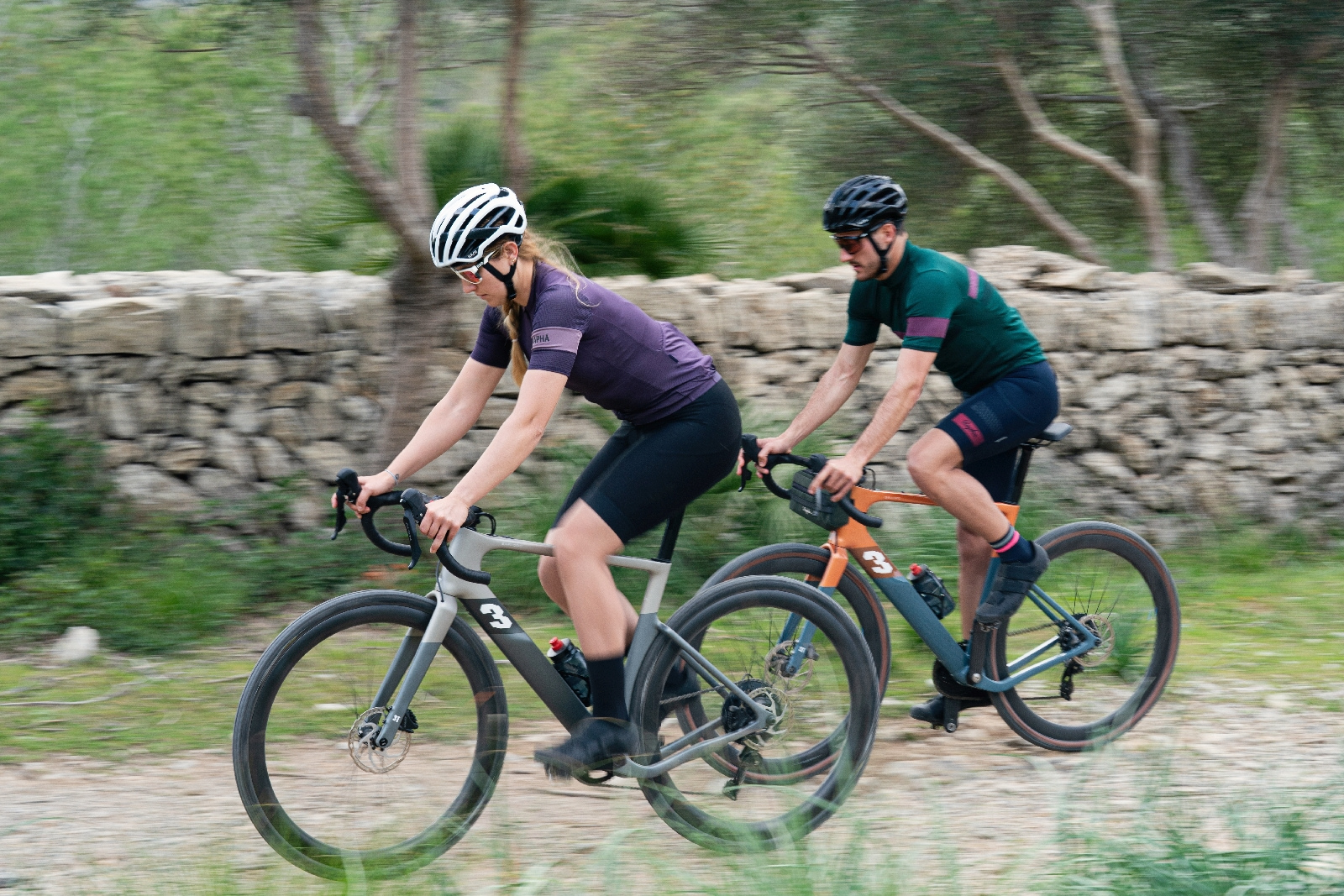