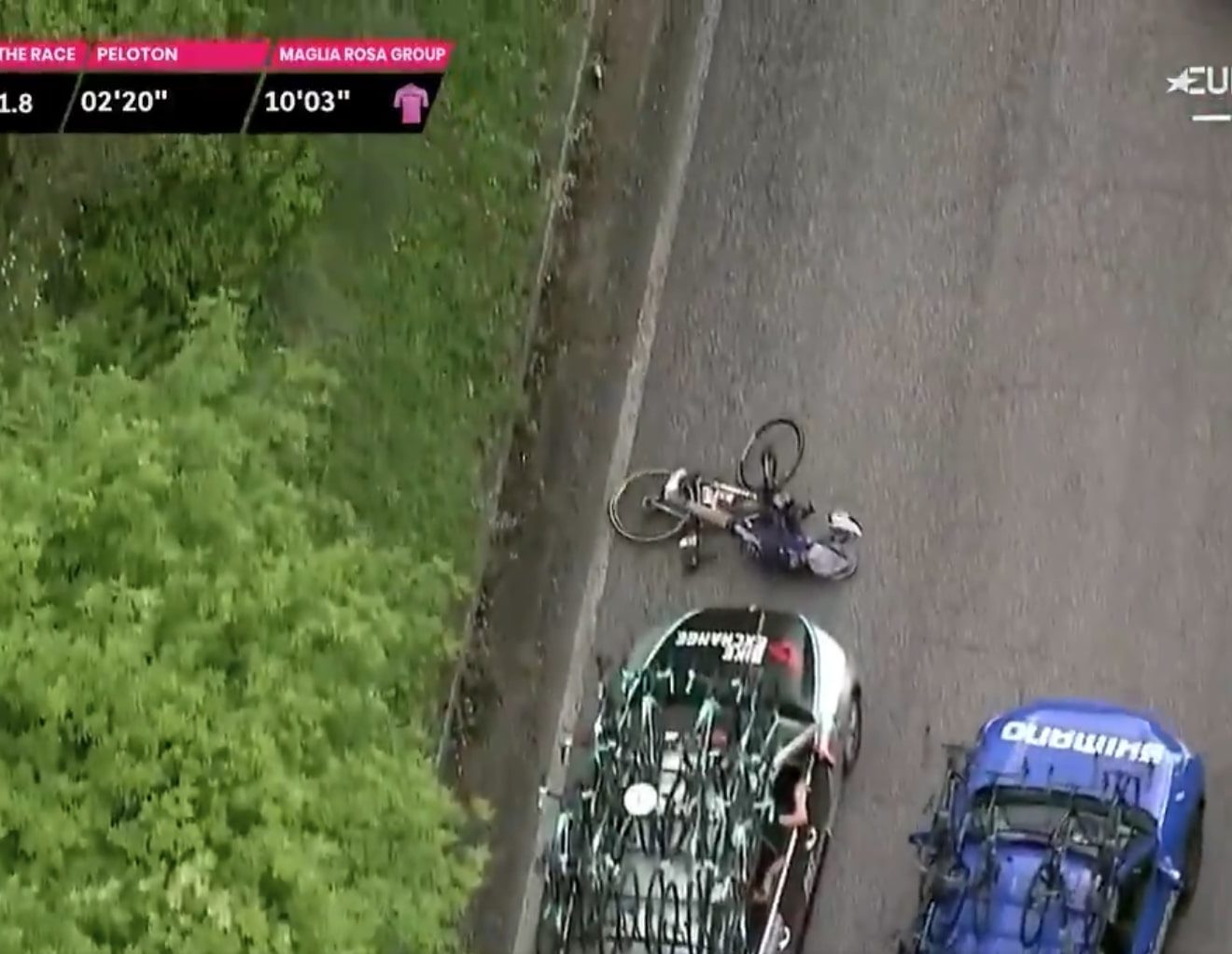 In the final kilometres of the sixth stage of the Giro d’Italia, Deceuninck-QuickStep’s Pieter Serry was dramatically hit by the BikeExchange team car. Professional cyclists face many dangerous situations during races—winding fast descents, slick roads, chaotic final sprints. While crashes inevitably happen, they aren’t usually at the hand of another team’s car. The scary and unexpected incident shocked viewers, but thankfully it seems as though Serry didn’t suffer any major injuries.

With about 10 kilometres to the finish on a damp stage of the Giro, Serry found himself falling back during the final climb. Simultaneously, a Team BikeExchange soigneur was leaning out the window and handing something to the race organizer’s vehicle. The driver was obviously distracted, and rammed into Serry’s rear wheel, causing him to go down immediately.

It’s hard to see, but it looks like the car may have even hit the rider himself as well.

Back on the bike

Thankfully, it seems as if Serry wasn’t badly injured. The rider was able to quickly get back on his bike and rejoin the race for the final kilometres. There have been not yet been any official statements regarding the incident from Deceunick-QuickStep or Team BikeExchange, but the teams engaged in a brief twitter exchange.

Sorry guys, glad to see @Pieter_Serry is back on is bike! Hope he is all OK! 🤞

24-year-old Gino Mäder of Bahrain – Victorious took the win on stage 6, one day after his teammate Mikel Landa crashed out. It wasn’t all bad news for Deceunick-Quickstep: Serry’s teammate Remco Evenepoel finished fourth on the stage, which moves him to second place in the GC.

Post-crash, Serry was able to finish the final climb and crossed the line 14 minutes and 37 seconds back, 60th overall for the stage.