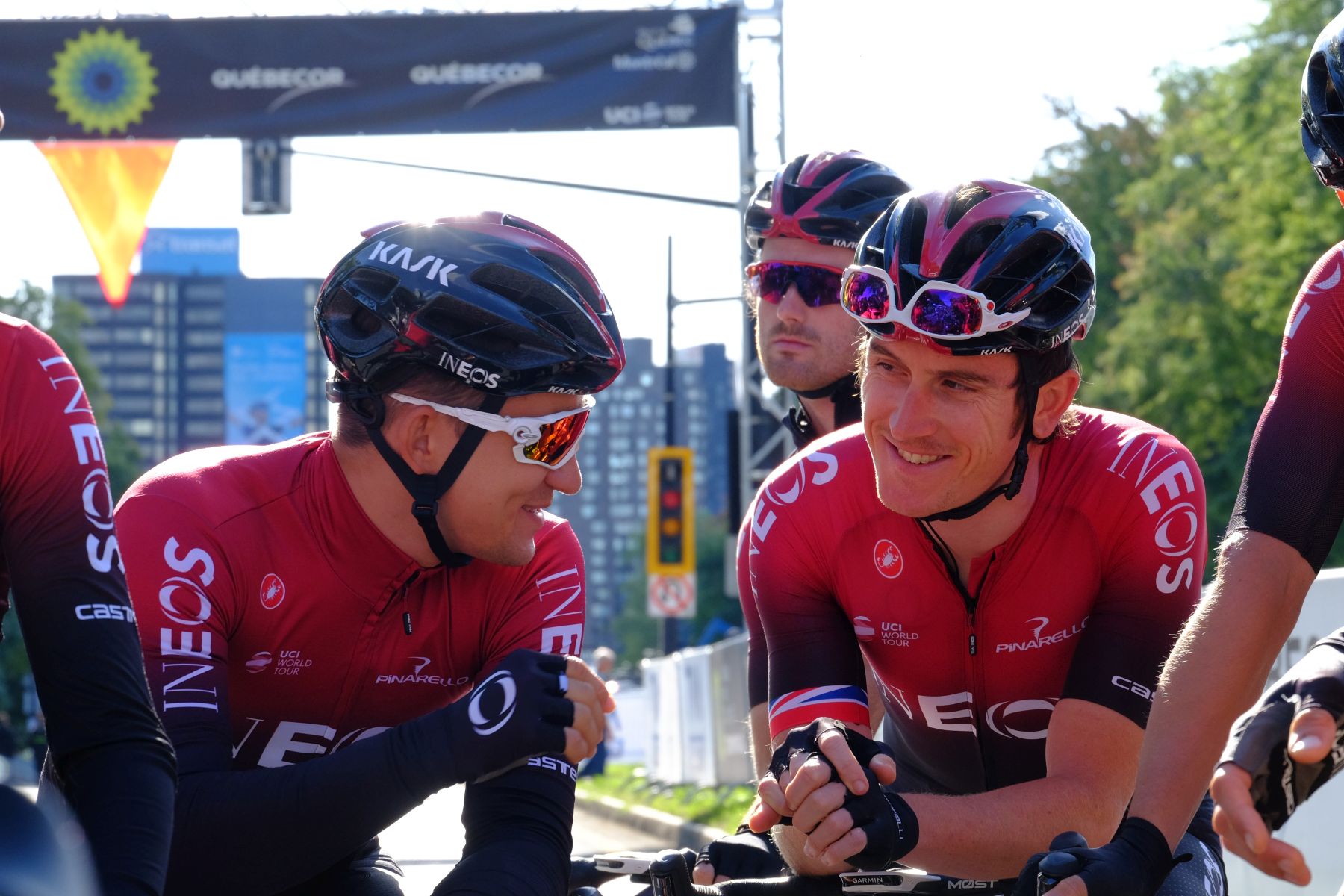 Pro cycling has unofficial nicknames for its teams, like the Argyle Armada of Garmin, the Dutch Bees of Jumbo-Visma and the Basque Carrots of Euskatel-Euskadi. But now comes a nickname that’s official, like the Pittsburgh Pirates or the Toronto Raptors, as Team INEOS announced on Wednesday that it will be known as the INEOS Grenadiers as of the Tour de France, which begins August 29 in Nice.

The Grenadier is the INEOS company’s new “no nonsense” 4×4 vehicle due to start production late next year, an automobile which resembles the Land Rover, another 4×4 vehicle known for its lack of nonsense.

INEOS joins the ranks of other Grenadiers teams like the Châteauguay Grenadiers of the Ligue de hockey Midget AAA du Québec and the Limestone District Grenadiers Football Club of Kingston, Ontario, now known as the Junior Gaels Football Club.

Could this be the new Ineos Grenadier jersey?

There’s something about the announcement that brought out the waggishness of cycling scribes and fans.

Will that make Bernal the White Van Man when he bulldozers his way to the top of the youth standings?

Early indications (not something you’d associate with many SUV drivers) suggest this name could well backfire.

It’s unclear if the name change–initiated to “align the team” with the automobile–is permanent, or if it is a temporary arrangement, a Tour de France-long kit change like Sky swapping its blue chest band for a green one at the 2010 Tour of Britain or changing to a white and black uniform for the 2018 Tour de France.