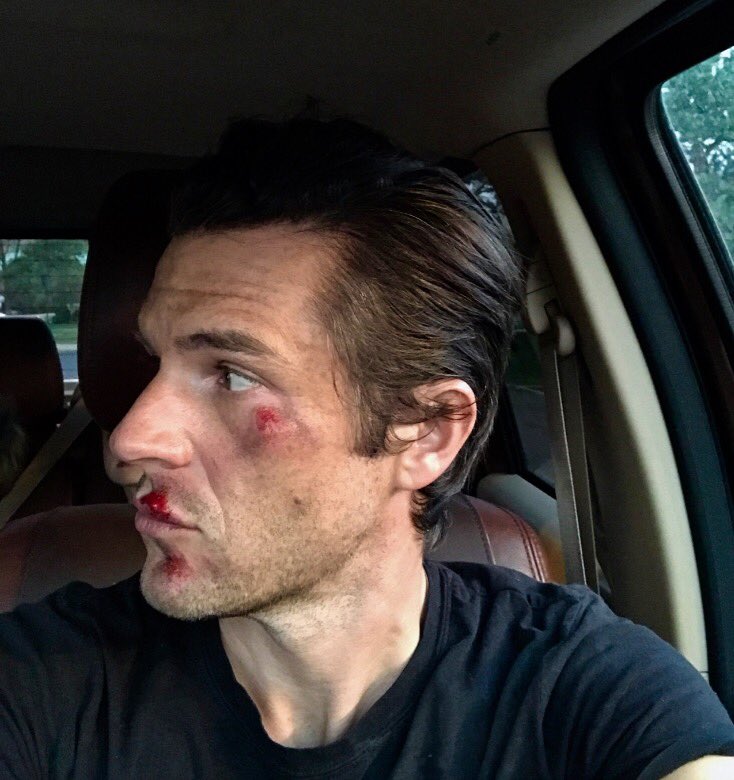 On an Instagram live story, Brandon Flowers, lead singer of the Killers, said he’ll be going surgery to repair a torn labrum—a result of a mountain biking accident in 2017.

The 39-year-old American singer said in the Q&A session that he has issues with both of his shoulders. “Some of you may have seen a picture I posted and some footage of when I went over the handlebars of my bike,” he says. “An injury from that has manifested itself, I have a torn labrum so I’m going under the knife in a couple of weeks to get that taken care of.”

When the Killers drummer Ronnie Vannucci Jr. voiced his concern about whether he could hold a microphone, Flowers said his arm will be in a sling for six weeks after the operation. It’s not his first shoulder surgery—the singer noted that he’s had decompression surgery on his ‘bad shoulders’ in the past.

On Sept. 6, 2017 the “Mr.Brightside” singer posted a banged up image of his face with the caption: “When mtn biking down hill, don’t squeeze the left brake.”

The band was on tour at the time, but they had a one month break, so it is likely Flowers was riding just outside of his home town of Las Vegas, Nevada. There are some great cycling spots in the area, so it’s not surprising that, as a local, Flowers owns a mountain bike.

RELATED: Kevin Hart is into riding and we are here for it

Flipping over the handlebars by braking too hard on a descent is a hard lesson many cyclists have had to learn, so Flowers can at least feel the reassurance that he’s not alone.

While he didn’t allude to any post-surgery cycling plans, the singer did note that he misses golfing and would maybe pick it up again.