State Bicycle Co., a cycling company known for its fixed gear, single-speed, city, and all-road bikes, has just announced its collaboration with American psychedelic rock band The Grateful Dead. The collection, designed as an effort to, “spread good vibes and take the recent bike boom to new heights,” includes cycling apparel, accessories and even some limited edition bikes.

“Music and the vibe” 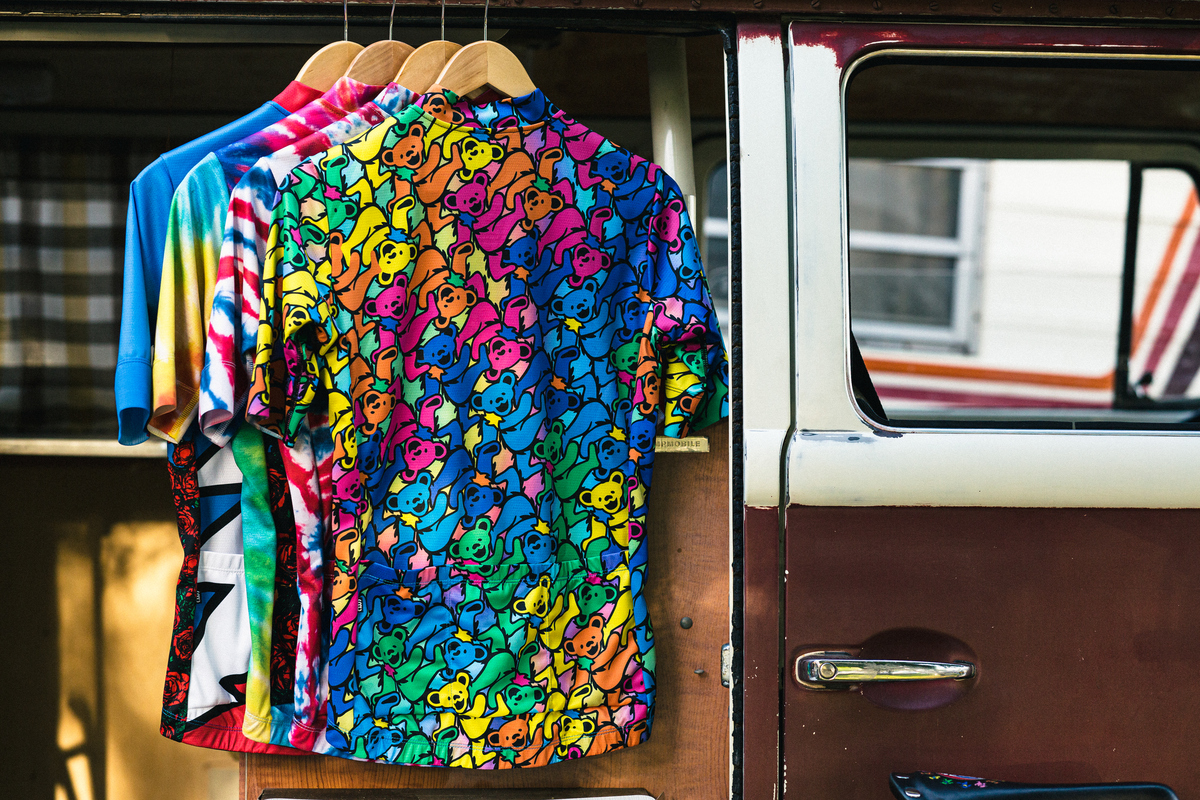 The pieces are covered in symbols associated with The Grateful Dead: Dancing bears and a lightning bolt. Four jerseys, featuring tie-dye, bears, a skeleton and a lightning bolt, are available for 80 USD. The clothing, including and one pair of bibs, is part of State Bicycle Co.’s “Sustainable Clothing Collection” which is made from recycled 100 per cent post-consumer waste.

Two limited editions of State Bicycle Co.’s popular Klunker bike are now available with with Dancing Bears and Lightning Bolt decals. The company describes the bikes as a “retro-inspired, combination of a beach cruiser, mountain bike, and BMX bike,” which “epitomizes carefree days with the wind in your hair.” 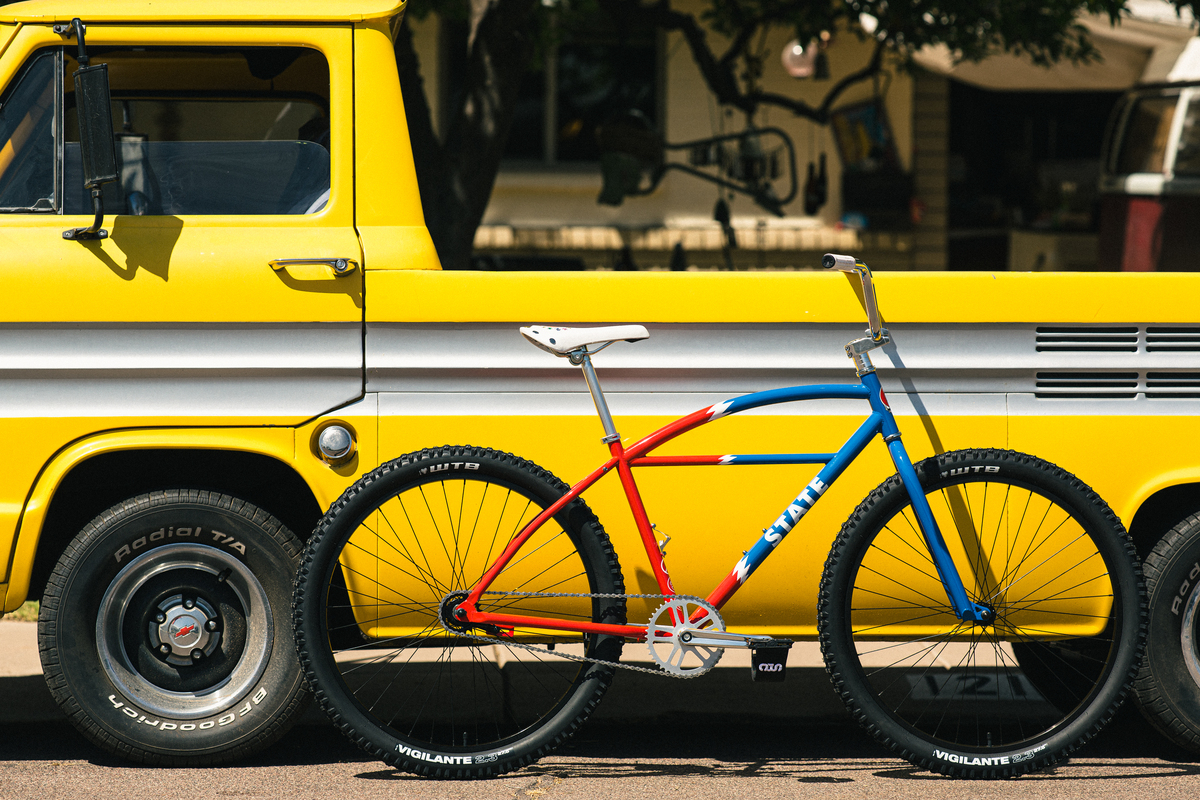 This isn’t State Bicycle Co.’s first time combining cycling and pop culture. The Arizona-based brand has previously collaborated with Rick and Morty, The Notorious B.I.G., Killer Mike and others. The capsule collection with the Grateful Dead was made in limited quantities and is expected to sell out  “faster than a ticket to see the Dead in concert.”