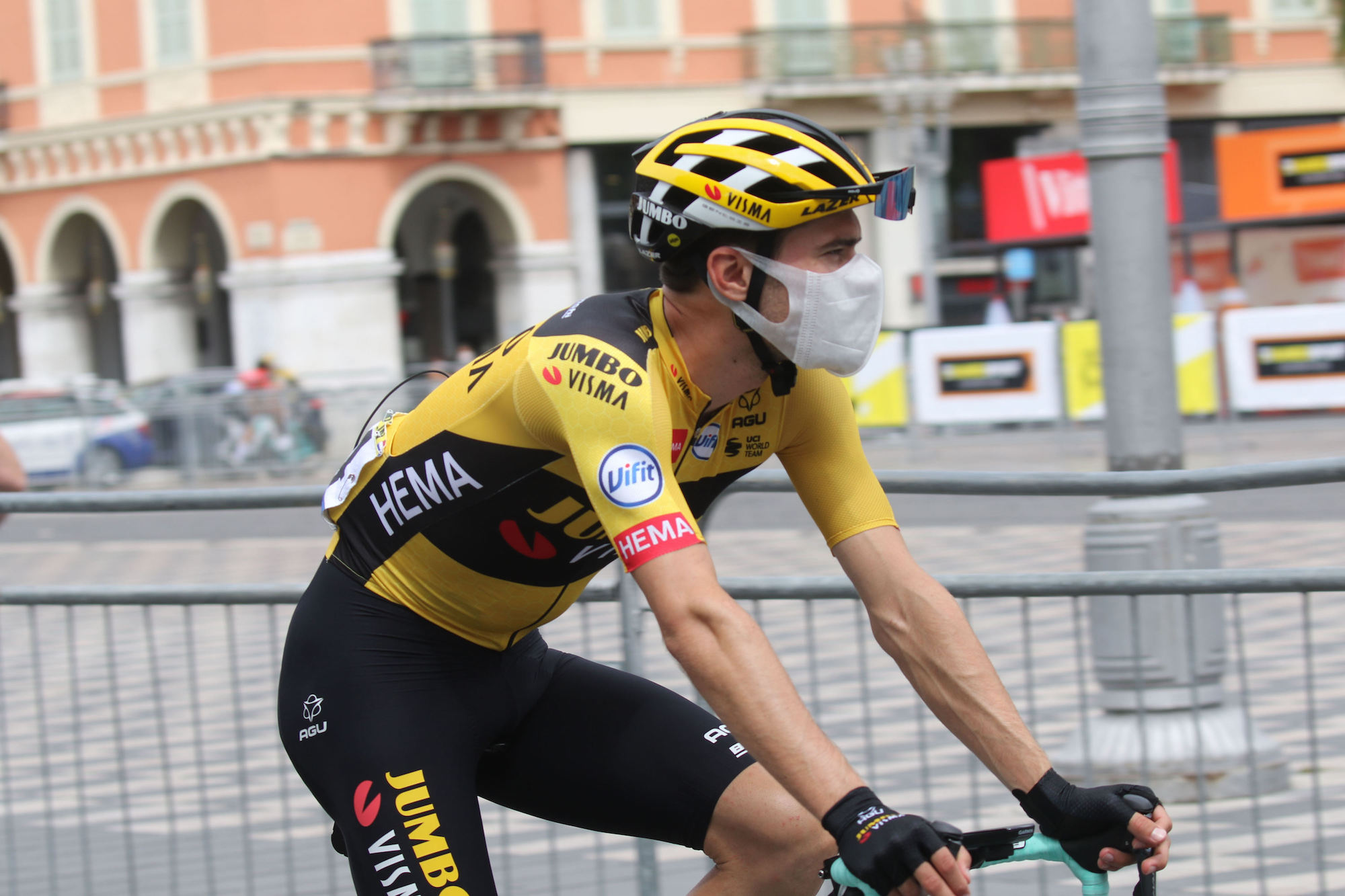 Four months after he announced that he was stepping away from pro cycling for an indefinite period, Jumbo-Visma revealed that the Butterfly of Maastrict, winner of the 2017 Giro d’Italia and seventh place at last year’s Tour de France, would return to the road at the Tour de Suisse on June 6.

Back in the peloton ➡️ @tom_dumoulin

His first race will be the Tour de Suisse🇨🇭

Since the 2017 pink jersey, Dumoulin has seen a lot of adversity. After runner-up spots in the 2018 Giro and Tour, the Dutchman had to recover from a knee injury suffered in the 2019 Giro. He didn’t race past June 14 that year and didn’t get any 2020 racing in before the COVID-19 recess.

Dumoulin was originally supposed to be in the Tour de France this season in support of Primož Roglič, but Jumbo-Visma announced its lineup for the biggest Grand Tour last month when Dumoulin’s return was still indefinite, replacing Tom with Jonas Vingegaard. Dumoulin might race the Vuelta, a race he didn’t finish last year due to fatigue, but his main 2021 goal will be the Tokyo Olympic Games.

Michael Woods in penciled in to start the Tour de Suisse for Israel Start-up Nation in preparation for the Tour de France.