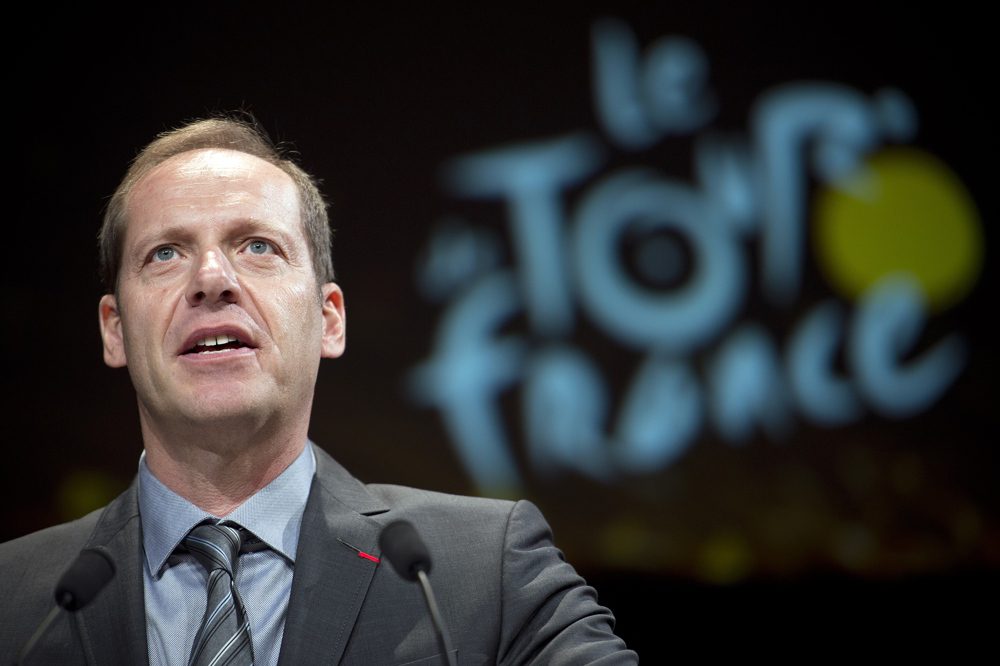 The Tour de France continues today as, thankfully, all riders have tested negative for COVID-19. Fans and racers held their breath as 841 athletes and staff members were tested during their rest day. Though all riders tested negative the Tour as a whole is entirely virus-free: Four team staff members and race director Christian Prudhomme tested positive for COVID-19.

In an official release, organizers confirmed that one staff member, “from each of Team Cofidis, AG2R La Mondiale, Ineos Grenadiers and Mitchelton-Scott have tested positive and left the race bubble.”

Prudhomme, who is asymptomatic, will leave the race for seven days following his positive test. On Saturday, the Tour president shared a a car with French Prime Minister Jean Castex, who will now undergo precautionary testing. The prime minister’s office said everyone in the car had worn masks “and respected social distancing” measures.

“I leave the Tour now for a week,”Prudhomme told AFP. “I’m going to do what any French employee would in this kind of case. I’ll be watching the Tour on television, something I haven’t done for 15 years.”

His deputy, François Lemarchand, will take over race direction duties.

Riders or team staff who test positive during the Tour are sent home. If two riders on a single team are positive the entire team will be sent home.

Team bubbles and major precautions have been put in place in order to ensure riders have the least contact possible with anyone outside of the race, but overzealous fans have caused some controversy.

During Saturday’s stage eight in the Pyrenees, fans with pulled down masks crowded riders as they climbed the Peyresourde. Riders took to social media to as fans to give them space so that the race could continue.

The next COVID-19 testing will happen on the race’s second rest day, next Monday.