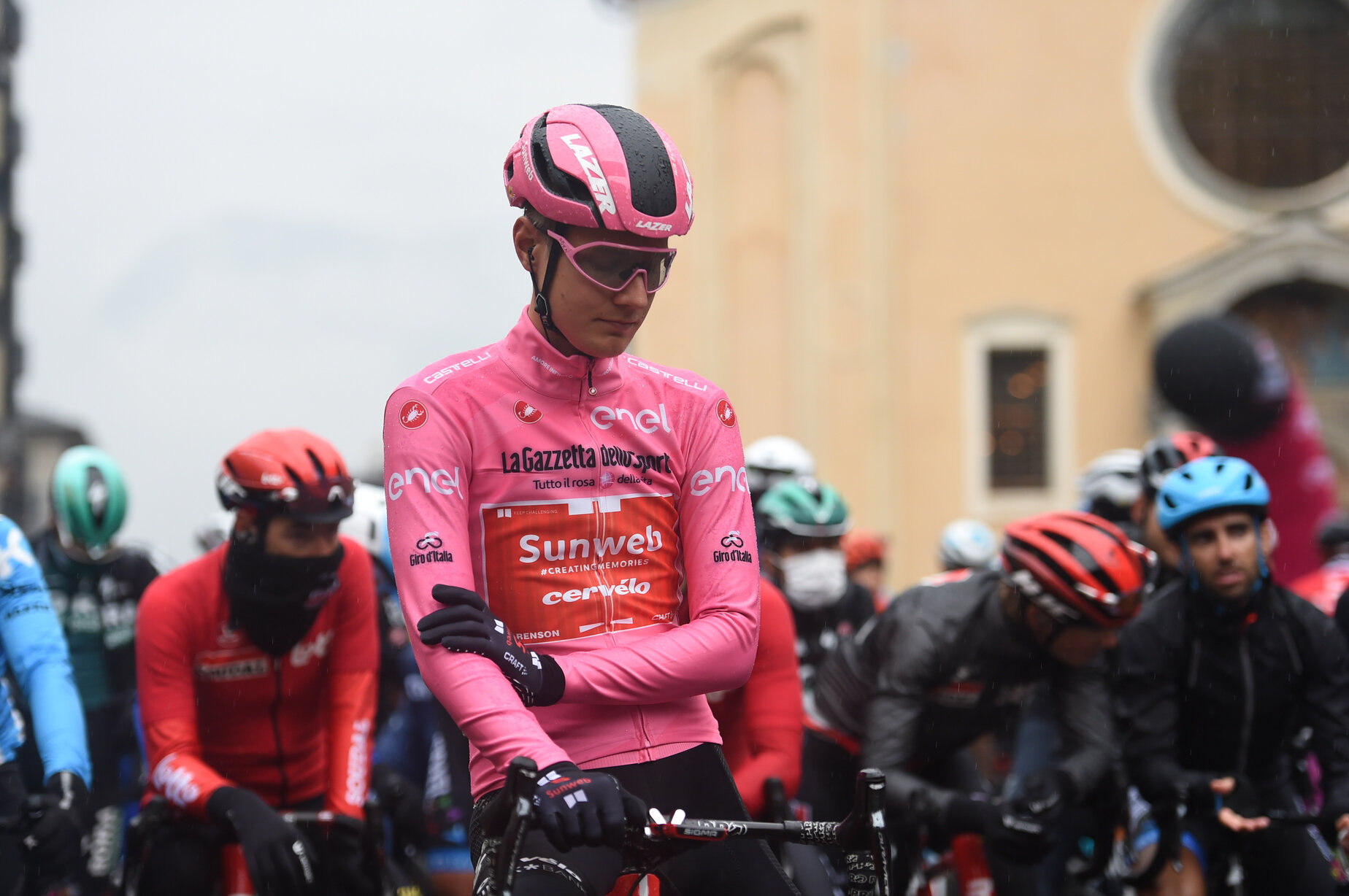 On Saturday a car caused an accident for several riders from Bora-Hansgrohe, including new signing Wilco Kelderman, while the group was training near Lake Garda in Northern Italy, the team reported.

A group of seven riders were involved in the vehicle-caused crash, and at first the team said that with new signing Wilco Kelderman, third in last year’s Giro d’Italia, and Rüdi Selig suffered concussions, with Andreas Schillinger also going to the hospital for examination. All were conscious after the accident.

TEAM UPDATE: Today during training, some our riders were involved in an accident with a car. Wilco Kelderman, Rüdiger Selig and Andreas Schillinger were taken to hospital, all conscious. Wilco and Rudi have sustained concussion, while Andreas is awaiting final examinations.

On Sunday the team revealed what the hospital had discovered: Kelderman and Schillinger both had broken vertebrae. Selig had no further injuries besides the concussion.

Wilco has sustained concussion and a fractured vertebrae, while Andreas has broken vertebrae in the cervical and thoracic spine. We aim for conservative treatment with both. Rudi has concussion, but no fractures.

On their website the team described the crash coming as a result of “a car, which crossed the road and rode into our training group”.

Bora posted two videos and a photo on Twitter early on Saturday showing what appeared to be two different groups training, but it’s unclear which was the Kelderman group in Italy.

When you nail that high-speed musette transfer 🔥🙌🏼 pic.twitter.com/ISod94UZ8y

All our riders seem to have congregated around the ice box for a morning chat 😉 pic.twitter.com/ZOKEmTtO7A

Kelderman signed on with Bora-Hansgrohe for two seasons after four years at Sunweb. In January 2016, when Sunweb was called Giant-Alpecin, John Degenkolb and Warren Barguil were among six Sunweb riders taken to hospital after being hit by a car while training in Spain. Kelderman wasn’t part of the carnage.

Kelderman’s training schedule will eventually take him to the Tour de France, while Emanuel Buchmann will race the Giro and Felix Grossschartner will take on the Vuelta a España.

The team’s season begins with the Challenge Mallorca races in Spain starting January 28.