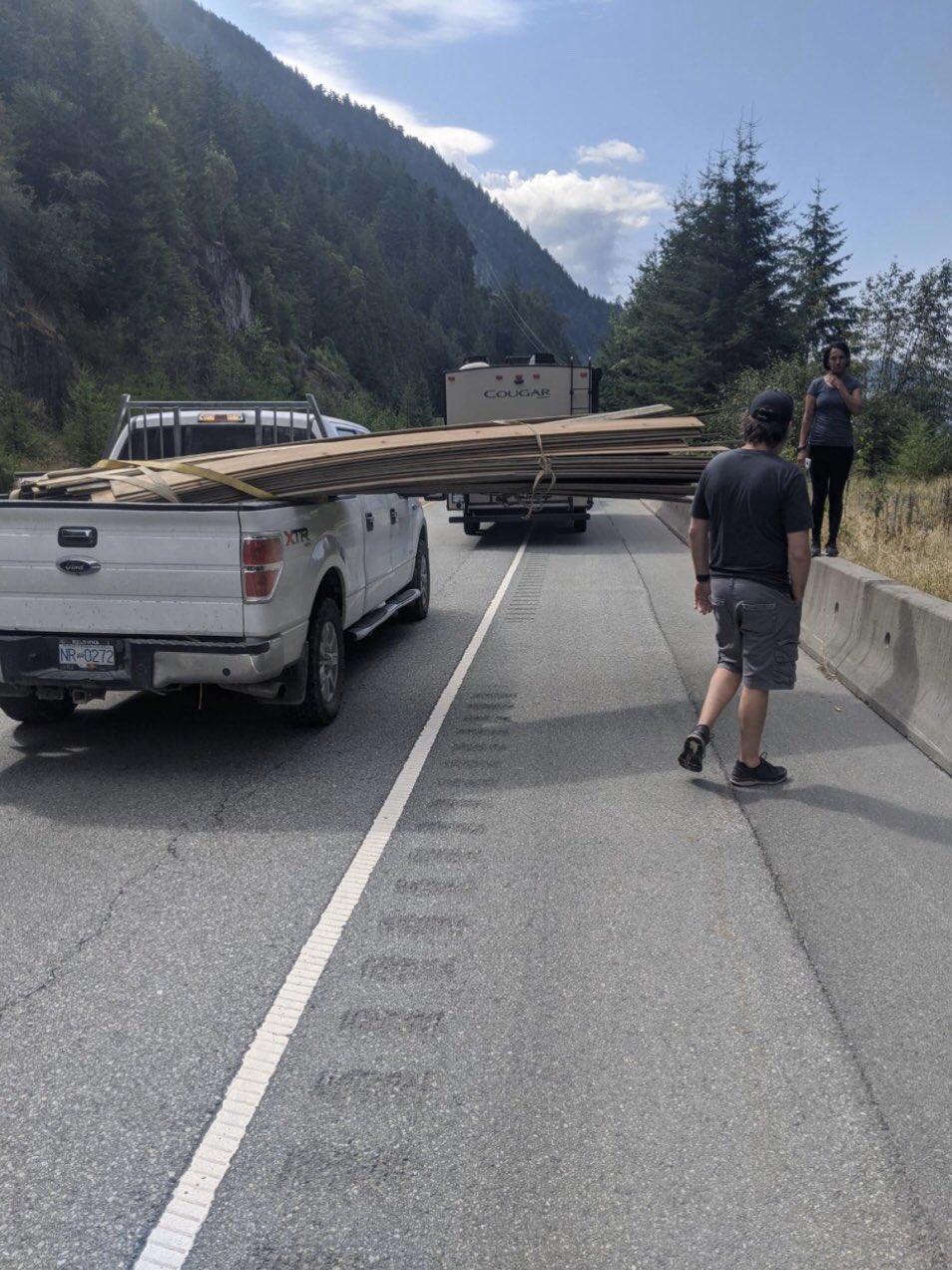 A B.C. cyclist is in the hospital recovering from severe injuries today after being struck from behind by a truck carrying an oversized load.

On Monday, Aug. 3, Todd Nickel was taking on his first century on the popular Sea-To-Sky Highway route between Vancouver and Squamish. The 45-year-old cyclist had just met another rider on the route, Mike Martin, and they were riding about four metres apart near Furry Creek when suddenly Martin felt an impact.

“I felt like I was getting crushed,” Martin said to Global News. “It was a really odd feeling. I was riding along and something was kind of crushing me from behind and I immediately thought I was being run over.”

Martin’s helmet was immediately broken but he managed to stay on the bike. He realized too late what had happened and was only able to watch as Nickel was hit by an oversized load sticking off of the truck. “It basically picked Todd up and threw him in the road,” Martin said. “It was ugly.”

Nickel confirmed he was the cyclist hit by the oversized load when the RCMP posted on Twitter. Witnesses say the strap of the load appeared to have broken, which caused the load to shift significantly over the right side of the bed and protrude over the shoulder of the highway (without the driver’s knowledge).

At the moment of impact, Nickel heard Martin shout and, almost at the exact same time: “something hit me in the back of the head and I went down,” he told Global News.

The cyclist was taken to Lion’s Gate hospital and was given a CT scan and X-rays. He said his injuries include a broken clavicle, broken scapula, broken ribs and a punctured lung.

Update: I’m in Lions Gate. Broken clavicle, scapula, and eight ribs, punctured lung, but happy to be alive. Fucking mad. This hit me from behind going 80 km/h https://t.co/fZjAA1GL40 pic.twitter.com/n4nUw5BRHr

“I refuse to call it an accident,” he says. “It wasn’t an accident; it was negligence. I crashed because I got hit by a negligent driver.”

Went chasing my first century today but it went a bit, ahem, sideways..Lots of busted stuff but it could have been a…

Less than $484 dollars in fines

The driver of the truck was issued a ticket in violation of the B.C. Motor Vehicle Act for driving without consideration and driving with an insecure load, which, according to the release, could add up to a maximum of just $484 in fines. Nickel is still recovering in the hospital and may require surgery on his lung.