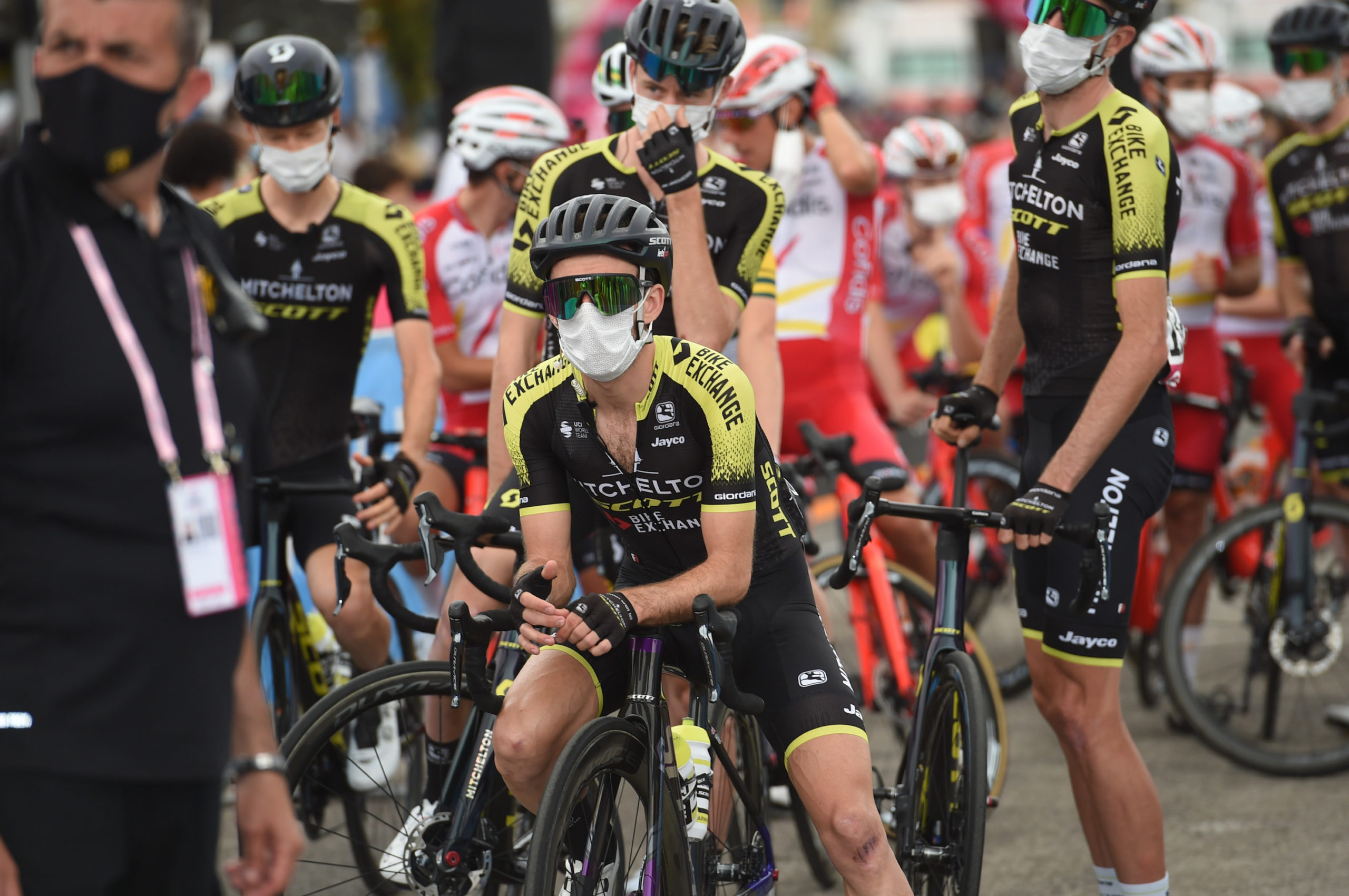 On Oct. 11 and 12, 571 COVID-19 tests were performed on the riders and staff members of the Giro d’Italia. On Oct. 13 a number of staff members and riders withdrew from the race due to positive tests results.

“Upon receiving the results, Mitchelton-SCOTT immediately withdrew its team from the race and will focus on the health of its riders and staff and their safe movement to areas of quarantine,” a Mitchelton-Scott spokesperson said in a statement.

In the interest of everybody of the team and everyone involved in the Giro, Team Jumbo-Visma has taken its responsibility and did not start in the tenth stage.

“We have taken our responsibility after Steven’s contamination,” said Jumbo-Visma sports director Addy Engels. “We’ve all been very close to him. Regarding the situation at the team of Mitchelton-Scott, where multiple staff members got infected after one rider had contracted the virus, we think this is the most responsible decision.”

Australian Sunweb team member Michael Matthews also tested positive and has pulled out of the race.

I am grateful that the rest Team Sunweb’s riders and staff have returned negative tests and that at this stage, none display symptoms of COVID-19. The team will continue to closely monitor from within their bubble, operating with as much discipline as possible.

Rounding off the list of positive tests were two staff members, one each from Ag2r-La Mondiale and Ineos Grenadiers.

Despite the riders and staff members who tested positive, the tenth stage of the Italian grand tour went on as planned. The Tour de France had a rule which would automatically remove a team from the race if two members tested positive, but the Giro d’Italia has not put any similar restrictions in place.

Some riders aren’t feeling very comfortable with the health and safety standards of the race. On Monday (before his team pulled out of the race), Jumbo-Visma’s Jos van Emden told The Cycling Podcast that ASO should carry some blame for the COVID clusters.

“It already went wrong in the first hotel,” he said. “There were four or five teams in there, police moto riders, Shimano Neutral Service and members of the general public. All eating from the same buffet.”

Italian cases are once again on the rise—the country hit a post-lockdown record of 5,456 new cases on Saturday.

As many countries enter a second wave, other sports have also had to cancel or reschedule due to outbreaks within teams. The NFL has dealt with outbreaks in multiple teams, the Colorado Rapids may have to pull out of all Major League Soccer for the rest of the season and even Formula 1 is seeing sporadic cases. If Giro d’Italia was cancelled mid-race it would be in company of many other cycling races, such as Amstel Gold Race and Paris-Roubaix, who have recently pulled the plug due to health concerns.

Race organizers ASO have not yet suggested they are considering cancelling the race. The 2019 Giro D’Italia generated roughly 40 million euros in revenue, so cancelling the 21 stage, 24-day long event mid-race would be a costly decision for the organizers, one that they are clearly not yet prepared to make.