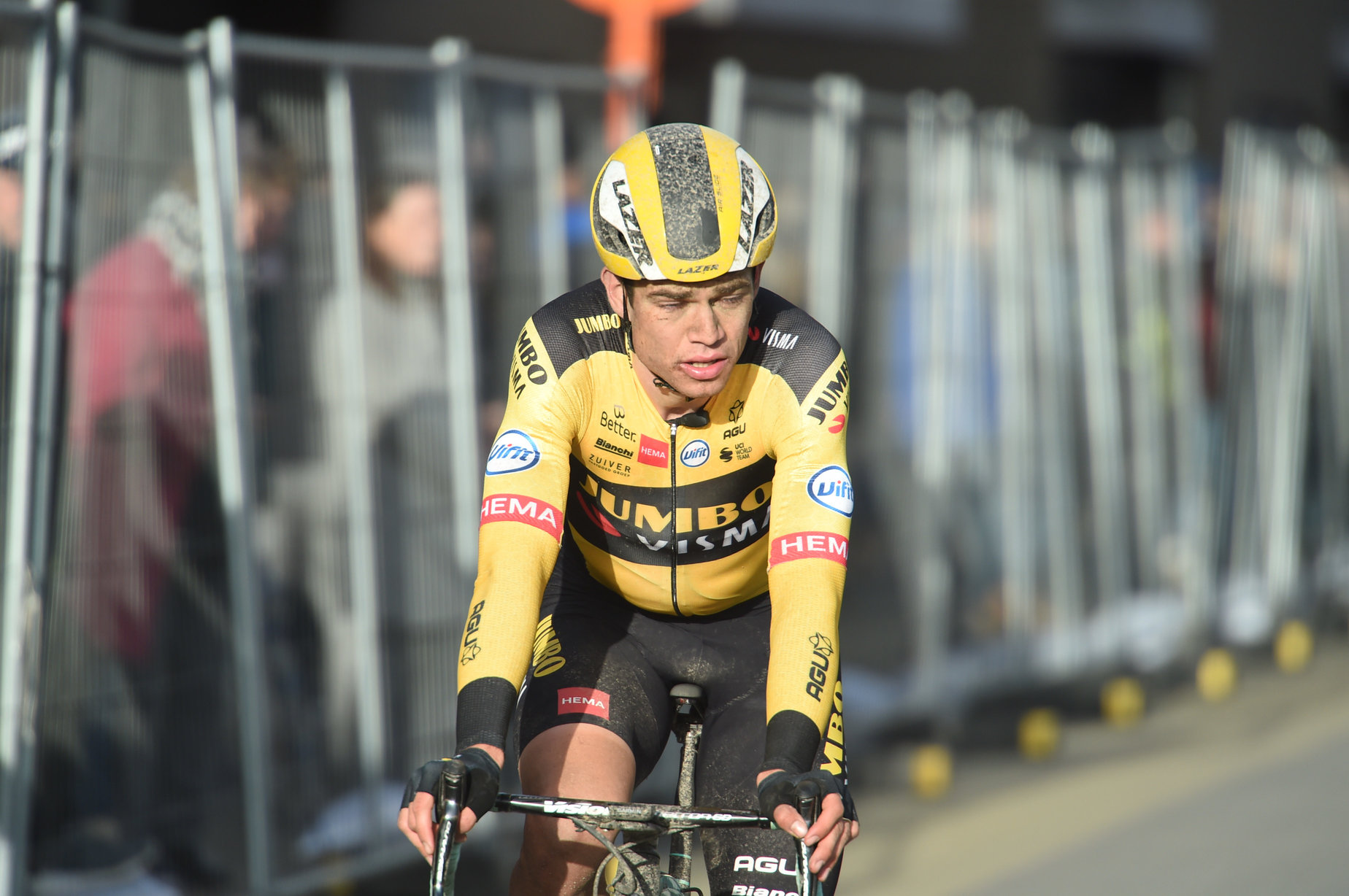 For the second Saturday in a row, Wout Van Aert won a one-day race in Italy. This week, after taking the WorldTour’s return at Strade Bianche, the Jumbo-Visma rider earned his first Monument trophy at Milan-San Remo. He outsprinted Julian Alaphilippe in a thrilling, hot, high-summer edition of the season’s first Monument.

Officials of coastal towns didn’t want to close the roads in summer, so the race was rerouted inland. This made the race 305-km and added some climbing to the latter half of the race.

Some late route changes have taken the race distance up to a whopping 305km! 😳

Paired with the heat it’s set to be a brutal day in the saddle! pic.twitter.com/iCiu6t95ZL

Teams were only allowed six riders, and Guillaume Boivin and Michael Woods, in his Primavera debut, were among their squad’s half dozen.

Seven fugitives–mostly Italians from wildcard teams–shuffled away and held a 7:00 gap before the first climb, 13.3-km, 3.5 percent Niella Belbo. A long, uncategorized drag led to the second climb, Colle di Nava (3.9-km at 2.9 percent). By the crest of the Nava, the breakaway’s gap was down to 2:30 and 74-km remained. Lotto-Soudal, Deceuninck-Quickstep and Jumbo-Visma did most of the pulling on the climb and Quickstep led on descent.

Cipressa
The last escapee was lassoed before the peloton reached the traditional road leading to the Cipressa.

All the race principals were at the front for the dash up the Cipressa. Trek-Segafredo put a couple of men up the road, and the pace to bring back the move shelled a few sprinters out the back.

Would a winning move come on the 3.6-km, 3.7 percent Poggio? With Bora-Hansgrohe’s Daniel Oss up the road as a rabbit, Deceuninck-Quick Step led the streamlined peloton to the foot of the famed climb.

Several attacks flared off the front, including another endeavour from Trek. Alaphilippe, having survived a flat, flew away with Van Aert. The Belgian lost contact but found the Frenchman among the greenhouses.

With 2-km remaining the duo had only 6-seconds. Cat and mouse games looked to be dangerous with the chase on its heels. Van Aert led Alaphilippe out in the sprint but the Frenchman couldn’t get around Jumbo-Visma’s ace.

What’s next for the WorldTour

With the Tour of Poland soon to wrap up, the next stage race is a shortened Critérium du Dauphiné starting Wednesday. Antoine Duchesne, who recently finished La Route d’Occitanie-La Dépêche du Midi in France, is penciled in for Groupama-FDJ’s Dauphiné squad.

Next Saturday is the final of this curious August trio of one-day Italian races: Il Lombardia. Can Wout do the sweep?

The Tour de France is three weeks away.