Riders who logged in to Zwift this morning forgetting the date were in for a surprising change. Zwift’s annual April Fool’s day update put a smile on the face of many riders as they realized that their sleek virtual bikes had turned into a three wheel extra-large tricycle. 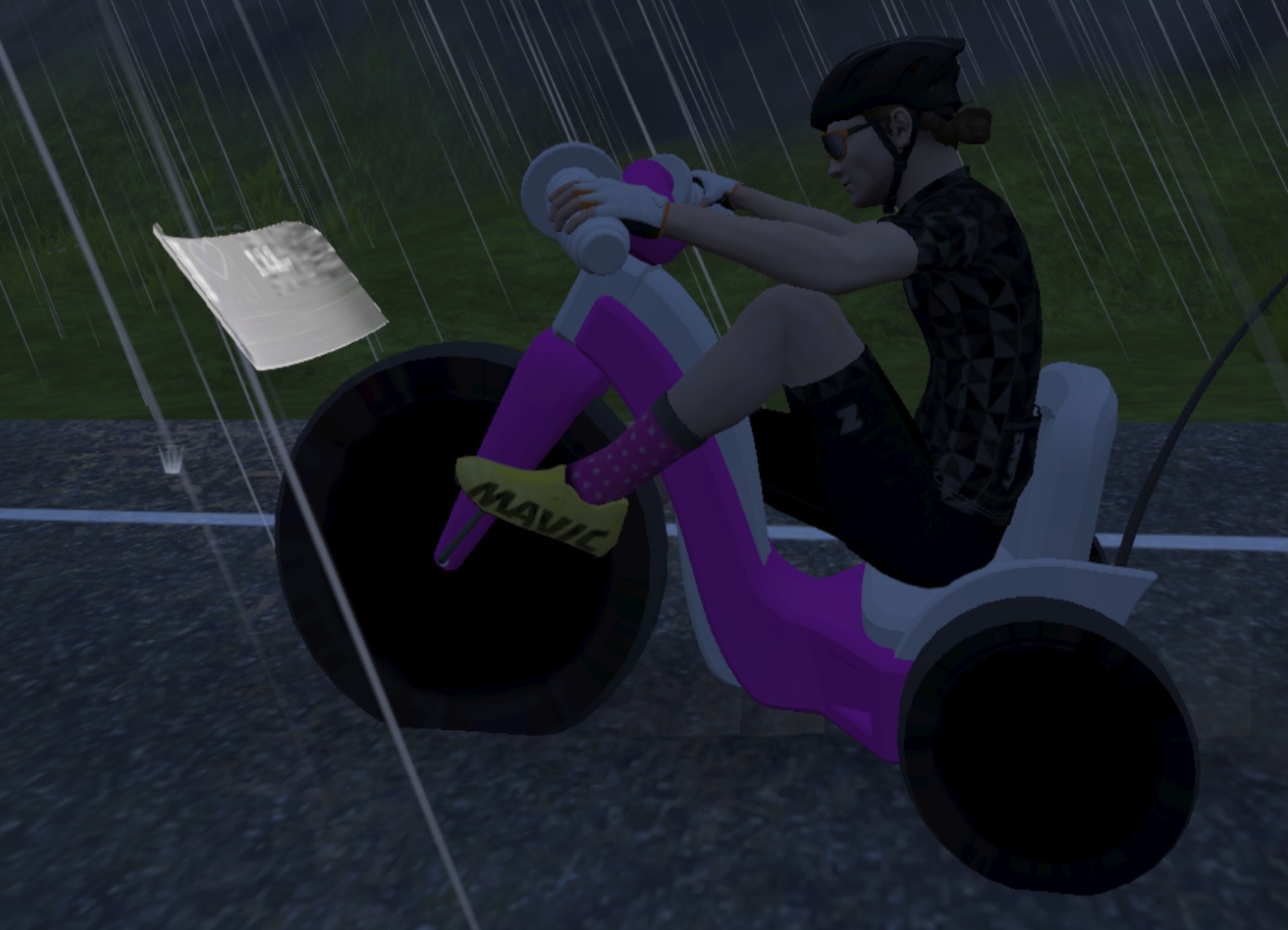 The update keep all riders in full kit, with the same shoes, helmets, socks, glasses and gloves as normal, but has them riding on large bikes that look like they have coaster brakes and a very wide turning radii.

Those who put in the work for their “Tron” bikes (Zwift Concept Z1) can still show off the glowing details in a range of colours by selecting the bike in the Drop Shop.

The Zwift April Fool’s fun is an annual tradition. Last year’s April Fool’s update from Zwift was a completely 80s themed makeover to the app. Riders rode through a VHS filter in neon kits with brightly-painted steel bikes and cool sunglasses.

The year before the app added a burning rubber effect, and in 2018 riders were put on low-res paperboy bikes and given 50XP when they accurately tossed a newspaper towards a target.

This year’s fun bikes, which (sadly) don’t appear in Zwift races, have some riders reminiscing about their first rides.

Classy way to commemorate the day, @GoZwift. I had a tricycle I called my “dinkie” when I was a kid. Been riding ever since. pic.twitter.com/d2y5t1va7h

Zwift runners are also happy to not be left out of the fun—the update has them in clunky space suits with alien head add-ons.

Zwift is two for two in my book – thanks for supporting transgender rights and for making me laugh on April Fool’s Day! Watopia is a world I want to live in 💕 #zwift #AprilFoolsDay pic.twitter.com/pEZG6H6uss

Other Zwifters note that, while the trikes are fun, the game is still lacking some other bike options. “It’s really striking how easy it is to deploy new bike types for April Fools… and how many years have passed with cyclists who use hand cycles, recumbents, etc asking to be able to see avatars of those types of bikes in game,” says Reddit user kennedon.